IPL 2020: Devdutt Padikkal scores most runs in debut season as an uncapped player 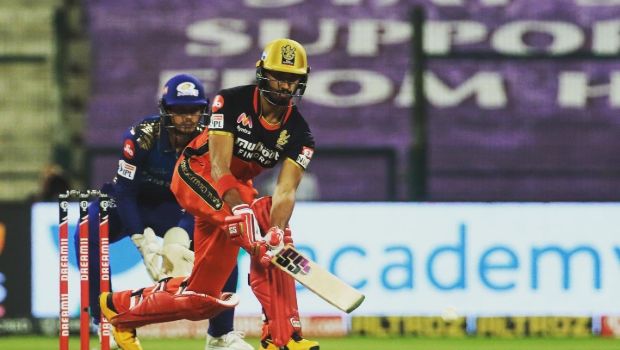 Royal Challengers Bangalore opening batsman Devdutt Padikkal has impressed with his skills in his debut season in the ongoing Indian Premier League.

Padikkal, who was the highest run-getter in the Syed Mushtaq Ali Trophy in 2019, was given the opportunity to open for RCB. The left-hander was able to grab his opportunity and he has done a fine job in providing good starts to his team.

The southpaw has scored a total of 472 runs in 14 matches of the ongoing season and thus he has scored most runs in the debut season as an uncapped Indian player. Padikkal leapfrogged Delhi Capitals captain Shreyas Iyer’s record who had scored 439 runs in IPL 2015 for Delhi Daredevils as an uncapped player.

Meanwhile, Shikhar Dhawan had scored 340 runs as an uncapped Indian player back in IPL 2008 in his debut season. On the other hand, Padikkal scored his fifth IPL fifty and he now has the most number of half-centuries in his maiden season of the league.

Shikhar Dhawan and Shreyas Iyer had scored four fifties each in IPL 2008 and 2015 respectively. Thus, it has been a dream start for Padikkal who has delivered the goods for Royal Challengers Bangalore.

In fact, Padikkal is also the third highest run-getter in the ongoing season behind KL Rahul and Shikhar Dhawan.

The southpaw will look to continue the good show in the playoff stages. Meanwhile, RCB lost their last league match against Delhi Capitals by six wickets. However, RCB have sealed their place in the last four of the tournament as Delhi Capitals achieved the target of 153 runs in 19 overs. Had DC chased down the run chase in 17.3 overs or less, RCB’s Net run rate would have dropped down below Kolkata Knight Riders.

DC will play MI in the first qualifier on 5th November whereas RCB will play either SRH or KKR in the eliminator.