Home » Cricket » IPL 2020: Difficult to bat up the order with so many match winners in the side – Eoin Morgan

IPL 2020: Difficult to bat up the order with so many match winners in the side – Eoin Morgan 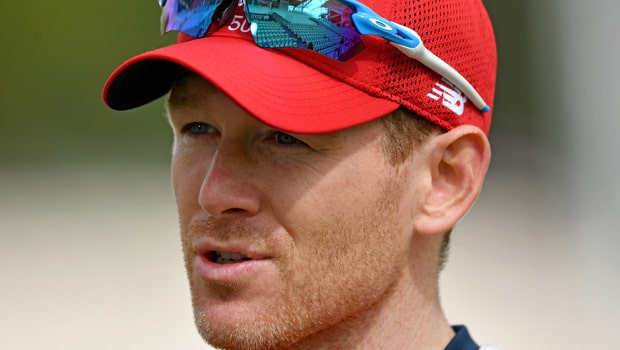 Eoin Morgan, England’s World Cup winning captain, batted at number six for KKR against Delhi Capitals at Sharjah Cricket Stadium on Saturday. When asked about his batting position, Morgan stated that it is difficult for him to bat up the order with so many match winners in the side.

Andre Russell, was promoted to number four, as the talisman all-rounder can take the game away from the opposition. However, Russell could only score 13 runs and failed to create an impact. Karthik, KKR’s captain, batted at number five but he isn’t in the best of forms.

Morgan came out to bat at number six but KKR soon found themselves in a pickle when Pat Cummins was dismissed and they were tottering at 122-6 while chasing a gargantuan target of 229 runs.

However, Morgan was able to keep his team in the hunt as he scored a whirlwind knock of 44 runs from 18 balls. Morgan smashed a hat-trick of sixes against Kagiso Rabada in the 18th over to give a ray of hope to KKR.

Furthermore, the southpaw got the support from Rahul Tripathi, who was playing his first match of the season. Tripathi smashed 36 runs from 16 balls to keep the run chase on.

“When you look at our batting line-up, we have a number of match-winners, so it’s very difficult to go up the order, particularly when you have a world-class all-rounder in Andre Russell. He is an incredible striker, and when he comes up the order, obviously everybody else has to shift down a little bit.” said Morgan. “We went from a position of being behind the 8-ball, because Delhi bowled well, to a position of strength and looking like winning it. It just wasn’t meant to be.”

On the other hand, Sunil Narine hasn’t been able to deliver the goods while opening the batting. KKR needed a good start to chase down the huge total but Narine was dismissed for only three runs. However, both Dinesh Karthik and Eoin Morgan have backed Narine to make a strong comeback.

KKR have won two and lost as many in the ongoing season. The Dinesh Karthik-led team will play their next game against Chennai Super Kings at Sheikh Zayed Stadium, Abu Dhabi on 7th October.