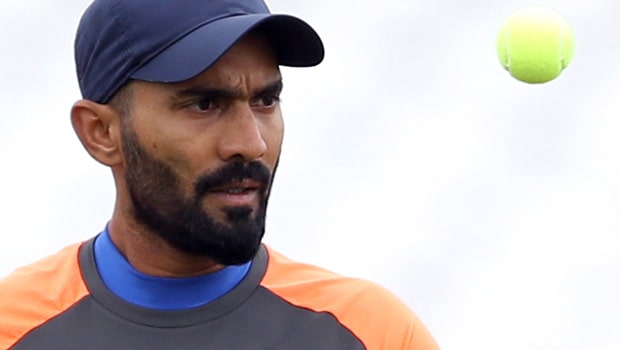 Former Kolkata Knight Riders captain Gautam Gambhir has stated that current skipper Dinesh Karthik should not bat before Eoin Morgan and Andre Russell in the batting order. Both Morgan and Russell are known for their pyrotechnics and they have the skills to take the game away from the opposition.

It should be noted that the best players of the team should get the opportunity to face the maximum balls, so that they can create an impact.

On the other hand, Dinesh Karthik isn’t in the best of forms in the ongoing season. Karthik scored only six runs against Delhi Capitals at Sharjah Cricket Stadium on Saturday and batted at number five before Eoin Morgan.

Morgan smashed 44 off just 18 balls and kept his team in the hunt. However, Russell batted at number four but he could only score 13 runs.

Meanwhile, Rahul Tripathi, who was playing his first match of the season, batted at number eight after Pat Cummins. Tripathi is a top order batsman and he had done well while opening the innings for Rising Pune Supergiant. The right-hander scored 36 off just 16 balls and gave good support to Eoin Morgan, to keep KKR hopes alive.

“Rahul Tripathi goes up the order, Dinesh Karthik plays at no 6, not before Morgan and not before Russell as well. Probably Sunil Narine goes to bat at 8 or 9. If Morgan bats no 4 and Russell at 5 and Dinesh Karthik to follow,” Gambhir told ESPNcricinfo.

It is crucial for KKR to get their batting order right. Furthermore, Sunil Narine has also failed to create an impact as he is out of form. Narine four innings thus far in the tournament read – 9,0,15 and 3. Thus, KKR would want more from their all-rounder.

Narine can bat in the lower order or KKR can also play Tom Banton, who showed good form against Australia before the IPL.

On the other hand, KKR skipper Dinesh Karthik handed the ball to Varun Chakarvarthy in the 19th over. Gambhir added that the best bowlers should be bowling the death overs but Karthik missed the trick.

KKR will play their next match against Chennai Super Kings at Sheikh Zayed Stadium, Abu Dhabi on 7th October.