IPL 2020: Dinesh Karthik should open the innings for KKR instead of Sunil Narine – Madan Lal 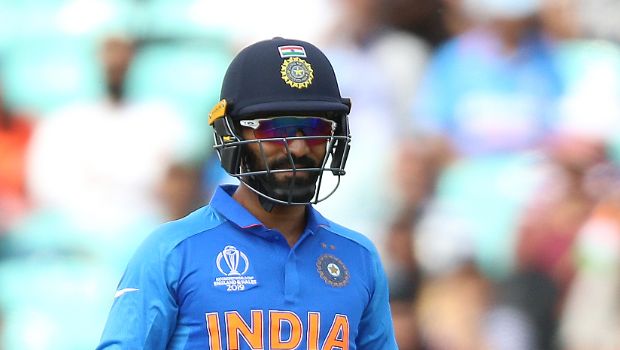 The West Indies all-rounder hasn’t had a perfect start to the tournament and his scores read, 9,0 and 15 in the first three games of the IPL 2020.

KKR have mostly given the license to Sunil Narine to take the attack on the opposition bowlers and make the most of the powerplay conditions. Narine has provided some brisk starts to KKR over the years but the move has backfired so far in the ongoing season.

On the other hand, Karthik hasn’t been in the best of forms either, as he has scored 31 runs in the three matches. In fact, the right-hander has only scored a solitary run in the last two matches.

Meanwhile, Narine had shown good form in the recently concluded Caribbean Premier League as he scored 144 runs in the five matches for Trinbago Knight Riders and played a crucial role in taking his team to their fourth CPL title. However, the attacking southpaw hasn’t been able to replicate the same renditions in the IPL.

Madan Lal said while talking to Sports Tak, “Sunil Narine is not able to play the big hits now. It would be better if Dinesh Karthik himself opens instead of Narine, so that his batting order does not go that far back. I will not open with Sunil Narine. I will have a proper batsman with Shubman Gill because in the first 6 overs even if a proper batsman comes, they will score 50-60 runs.”

Lal, member of India’s 1983 World Cup winning team, added that Karthik has to either open the innings with Shubman Gill or he can not bat before impact batsmen like Eoin Morgan and Andre Russell. Russell was promoted to number four in the match against Rajasthan Royals.

KKR should make the most of explosive batsmen like Eoin Morgan and Andre Russell, who can turn the match on its head in a matter of over. In fact, Nitish Rana can also open the innings for KKR in place of Sunil Narine and it will help the team in keeping their left and right-hand opening batting combination.

KKR have got a decent start to the tournament as they have won two matches and lost one. The Dinesh Karthik-led team will next play Delhi Capitals at Sharjah Cricket Stadium on 3rd October.