IPL 2020: Disappointed I couldn’t finish the game but glad DC are in playoffs – Ajinkya Rahane 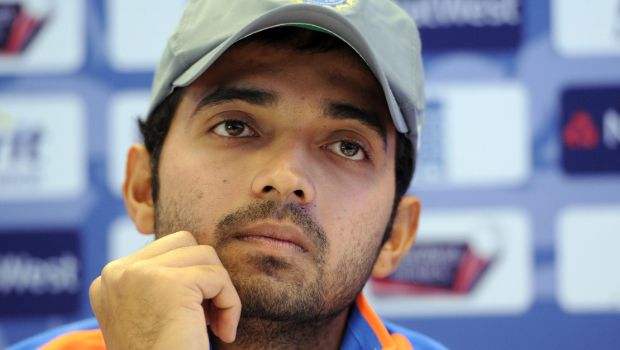 Rahane returned back to form and he was able to grab his opportunity while batting at number three.

In fact, Rahane was getting off to starts in the earlier matches but he had failed to convert them into substantial scores. DC went with the experience of Ajinkya Rahane and they had to drop Shimron Hetmyer to get in Daniel Sams. The move paid dividends as Rahane was at his best against RCB.

Meanwhile, Rahane played an uncharacteristic reverse sweep only to be caught by Shivam Dube at short third man. Thus, the veteran was disappointed as he couldn’t close out the game but in the end he was delighted that his team finished in the top two teams of the points table.

The right-hander added 88 runs with Shikhar Dhawan and the pair played proper cricketing shots in their match winning alliance. Both of them made great use of their experience and didn’t take many chances while chasing down the target. Rahane added that the talk was to bat with intent with Shikhar Dhawan. The DC opener also scored his third fifty of the season.

Rahane revealed Delhi Capitals head coach Ricky Ponting informed him that he would be batting one down in the all-important match against RCB.

Ajinkya Rahane said in the post-match ceremony, “Ricky told me that I am going to bat at number three. It’s a good position to bat at. Our bowlers did really well for us. I enjoyed the partnership with Shikhar. The communication between us was all about intent. We weren’t thinking about any target. It was all about playing proper cricketing shots. I wanted to finish the game. We all know how funny the sport is. We’ve seen how things have happened in this IPL. Feels great to win in the end”.

Meanwhile, Delhi Capitals will be delighted that Rahane, who has all the experience under his belt, has returned back to form at the right time in the tournament.