Home » Cricket » IPL 2020: Dwayne Bravo could be out for a couple of weeks – Stephen Fleming

IPL 2020: Dwayne Bravo could be out for a couple of weeks – Stephen Fleming 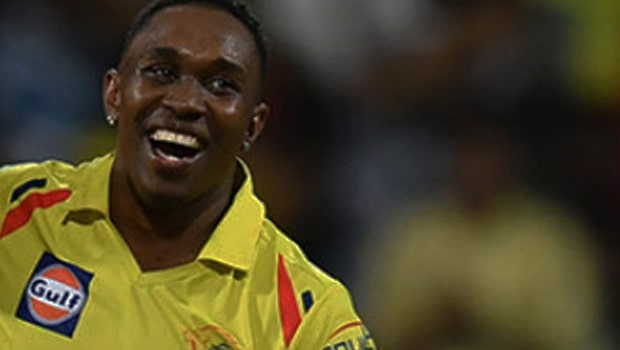 Chennai Super Kings head coach Stephen Fleming has revealed their talisman all-rounder Dwayne Bravo could be out for a couple of weeks due to groin injury. Bravo suffered the injury during CSK’s clash against Delhi Capitals at Sharjah Cricket Stadium on Saturday. Delhi Capitals required 17 runs of the final over but MS Dhoni had no other option and gave the ball to Ravindra Jadeja who could not defend it against Axar Patel.

Dhoni then revealed in the post-match ceremony that Bravo was injured and thus he could not bowl the last over. MS is known to back Dwayne Bravo as his premier death bowler and there was no doubt that the West Indies all-rounder would have bowled the last over had he not been injured.

Bravo holds the key for CSK in the fag end of the innings and it is a major blow for CSK as they are struggling to get going. Fleming has now revealed that Bravo will miss the next couple of matches for the team. In fact, Bravo had suffered an injury in the CPL and he had also missed the first few matches of the ongoing season for CSK.

Fleming said in the post-match ceremony, “Bravo seems to have a right groin injury, I think. It is obviously serious enough to keep him from coming back on the field. He is desperately disappointed that he wasn’t able to bowl that over, that’s what he is pretty much in the team for.”

“He will have to be really assessed going forward but at this stage, you will imagine that it is going to take a few days or maybe a couple of weeks but we will assess that tomorrow.”

Bravo has been brilliant in the death overs and his injury adds to CSK’s woes. The right-arm pacer has scalped 153 wickets in 140 IPL matches. Chennai is currently at the sixth place in the points table as they have won only three matches out of the nine they have played. Thus, their road to the playoffs looks difficult now and they will need to win all of their remaining five matches.

CSK will play their next match against Rajasthan Royals at Sheikh Zayed Stadium, Abu Dhabi on 19th October.