IPL 2020: Eoin Morgan taking over KKR’s captaincy might not be a good idea – Brad Hogg 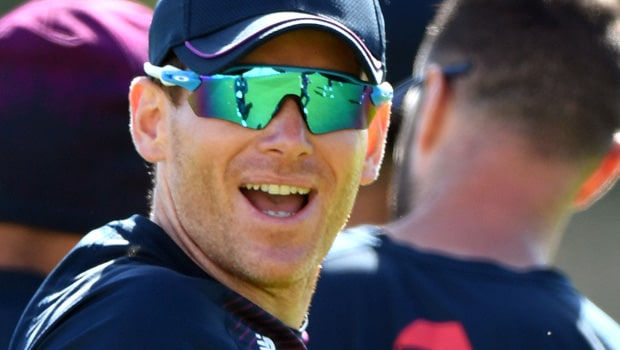 Former Australian spinner and KKR bowler Brad Hogg feels it won’t be a great idea to hand over the captaincy baton from Dinesh Karthik to Eoin Morgan. Morgan is England’s World Cup winning skipper and he has all the experience as a leader. However, Karthik hasn’t been in the best of forms with the bat, which has forced many cricket boffins to suggest that Morgan will be a better leader than Karthik for KKR.

KKR has thus far played four matches out of which they have won two and lost as many to be on the fourth place in the points table. Hogg added that Karthik must make use of Morgan’s experience as he can get the best out of the players.

Brad Hogg said while talking on his YouTube channel, “Look, I’d love this move to make Eoin Morgan KKR captain. Morgan is a great captain, and when you got someone like that in your team, you got to utilise those skills. But Dinesh Karthik is doing a good job, but he has to utilise Morgan’s skills.”

Meanwhile, Dinesh Karthik has done a decent job while leading KKR. He himself has spoken of working together with Morgan to get the best out of his team. In fact, Morgan is mostly placed at mid-on or mid-off by Karthik, so that the England captain can keep guiding the young bowlers on the right track.

Karthik has led KKR in 34 matches in which the team has won 17 whereas they have lost 16 and one match has ended in a tie. Thus, Karthik has a winning percentage of 51.47. However, the veteran hasn’t been in the best of forms in the ongoing season and he would look to lead from the front. Karthik can provide the finishing touches for his team and he is going to hold the key.

KKR will play their fifth match of the season against CSK at Sheikh Zayed Stadium on Wednesday.