IPL 2020: Every captain will want Rashid Khan in his team – Sunil Gavaskar 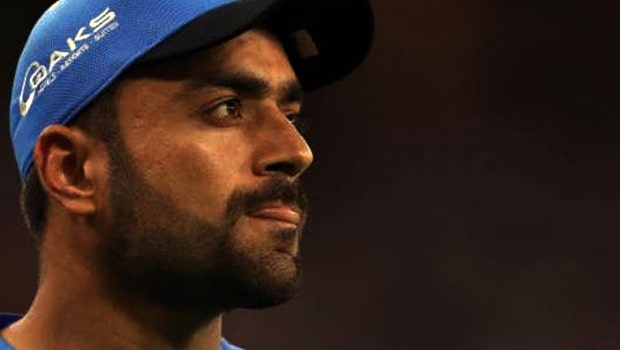 Former Indian legend Sunil Gavaskar reckons if there is a choice for every captain of the eight teams of the Indian Premier League to choose a bowler in their team, they will all pick Rashid Khan. The Little Master heaped praise on the Afghanistan spinner stating that the leg-spinner is on target every single time.

Rashid Khan, who is the number one bowler in the T20 format, once again came up with a match winning performance for Sunrisers Hyderabad in the clash against Kings XI Punjab at Dubai International Cricket Stadium on Thursday. The talisman leg-spinner scalped three wickets and conceded only 12 runs in his quota of four overs.

Rashid took the crucial wicket of Nicholas Pooran, who was keeping Punjab afloat with the help of pyrotechnics, in his last over to hit the final nail in the coffin.

“You ask all the captains of the franchises, which is the one bowler that they want in their team, I am pretty certain every one of them will say ‘give me Rashid’. I am pretty certain. There might be the odd bowler who might get offended but look at the way he goes about his job,” Sunil Gavaskar told Star Sports in a post-match show.

Rashid is mostly accurate with his line and length and hardly gives a loose ball to the batsman. The leg-spinner mostly bowls quicker through the air, which makes it difficult for the batsman to pick his gogglies.

Rashid Khan has snared 63 wickets in 52 matches at an average of 20.78 and an impressive economy rate of 6.35. The leg-spinner has been a consistent performer for SRH over the years and he is going to hold the key for his team in the absence of Bhuvneshwar Kumar, who has been ruled out due to hip injury.

“He picks up wickets, creates dot balls. Look at the economy. 3 for 12 in 4 overs. Leg-spinners generally bowls a full toss, a short ball. He hardly ever does it. He is on the target every single time, he has got a nice, well-disguised googly which comes off the back of the hand. A lot of batsmen find it difficult to pick. That kind of bowling, that kind of control, any captain will say ‘give me that bowler’” Gavaskar added.

Rashid Khan has breathed down the neck of the opposition batsmen and he has the skills to bamboozle the best in the business. The leg-spinner has done a fine job for SRH and he would look to continue the good show.

SRH will next play against Rajasthan Royals at Dubai International Cricket Stadium on 11th October.