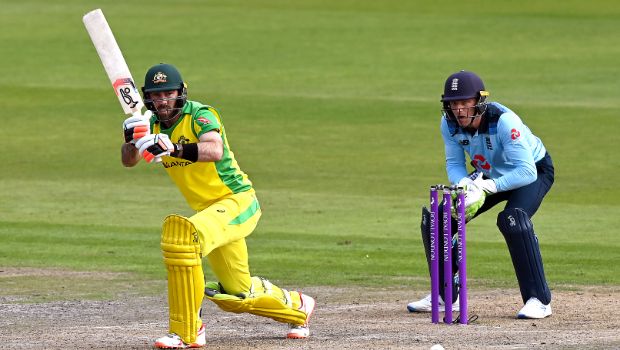 Rahul stated that Maxwell has looked in fine form in the net sessions and he brings a lot of balance to the team.

Thus, it is imperative to back a player like Maxwell who can turn a match on his head in a matter of overs. However, Maxwell hasn’t been in the best of forms in the ongoing Indian Premier League. Maxwell has scored 90 runs in nine innings at a poor average of 15 and a paltry strike rate of 103.44.

However, Rahul and the Kings XI Punjab think tank has decided to back Glenn Maxwell. In fact, Maxwell was in sublime form in the limited overs series against England but he hasn’t been able to replicate the same form in the ongoing IPL.

KL Rahul said in the post-match ceremony, “Glenn has been batting well in the nets. He is a great team man and we know the balance he brings to the table”.

On the other hand, KXIP clinched their third win in a row after defeating RCB, MI and DC. Punjab came up with a collective effort against Delhi Capitals as their bowlers were able to restrict the opposition to a sub par score of 164 runs.

Subsequently, Nicholas Pooran scored a fine fifty whereas Chris Gayle smashed 13-ball 29. Glenn Maxwell also scored a much-needed knock of 32 runs to help his team get close to the target.

Rahul added that it was crucial one of the top four batsmen scored runs for them.

“Especially when you play with 6 batters and one all-rounder. One of the top four had to do the job. One thing that we need to look at. Shami was coming in after some confidence from the last game. Arshdeep bowled two overs in the powerplay and one over at the death. And he nailed 6 yorkers”.

Kings XI Punjab have been able to keep their playoff hopes alive as they have won their last three matches. Punjab will play their next match against SRH at Dubai International Cricket Stadium on 24th October.