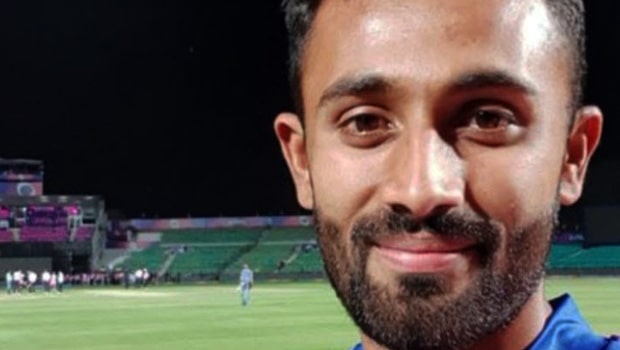 MI had won the toss and decided to bat first against Rajasthan Royals, who won their last four meetings since their return to the IPL in 2018.

Although they fell short of 200, MI will be delighted with their batting despite suffering quick dismissal in the tenth over.

The bowler had a terrific performance during the over, limiting MI to just two runs from the over and recorded a two-wicket scalp against Ishan Kishan and Sharma in quick succession. Rohit Sharma’s ball landed into the hands of the long-on fielder. He departed for 35, and Kishan soon followed him out after going for the big hit straightaway but mistimed his shot. In the 10th over Mumbai was 88/2.

However, he missed out on a hat-trick, putting Mumbai in some trouble, but they stood to finish the game at 193/4.

Gopal was the stand out among RR’s bowlers as others took a hammering, including Jofra Archer, who went at close to 9 rpo.

Gopal, throughout his four overs, conceded just 28 picked up two wickets as well.

Kartik Tyagi started well but ended up conceding 42 from his three overs.

Mumbai had a good game, losing the first wicket at 49/1. de Kock was ousted towards the end of the 5th over.

There was another strong partnership between Suryakumar Yadav and Sharma, but Gopal took the skipper’s wicket after scoring 35 from 23 balls.

After losing Kishan on his first ball, Mumbai recovered from that as the Hardik-Suryakumar partnership took them to a good score.

Reacting after their innings, Hardik Pandya expects the team to be happy to get 193/4 with the way they lost two wickets early.

Rajasthan. Royals were restricted to 136/10 and Mumbai won the game by 57 runs.