IPL 2020: Happy to go wicket-less if I can bowl economical spells – Yuzvendra Chahal 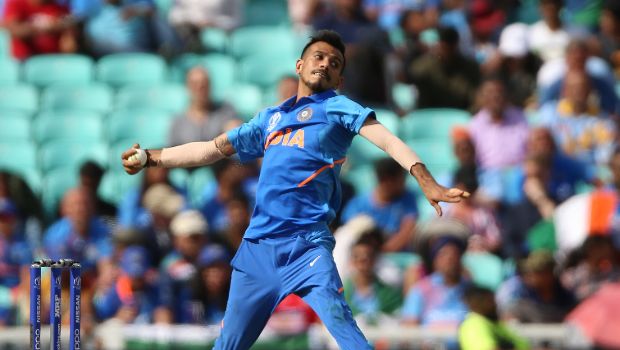 Royal Challengers Bangalore leg-spinner Yuzvendra Chahal is fine with no wickets as long as he is bowling economical spells for his team.

Chahal feels if he concedes five runs/over, it can build the pressure on the opposition batsmen and the other bowlers can reap fruits for the good work he has done.

Chahal has been brilliant thus far for RCB as he has scalped five wickets in the three matches. The leggie has bowled with an impressive average of 18.20 and a fine economy rate of 7.58 so far in the tournament.

Chahal was at his best in the team’s opening fixture against Sunrisers Hyderabad as he scalped three wickets and conceded only 18 runs in his quota of four overs. Thus, he was awarded the Player of the match.

The leg-spinner has all the variations in his bowling and he has the skills to bamboozle the opposition batsmen. Chahal has been a consistent performer for RCB over the years and he has scalped 105 wickets in 87 IPL matches.

“I’m happy if I bowl my four overs and go wicket-less but concede just 15-16 runs. That means the batsmen didn’t take chances against me. My spell will help build pressure and my teammates can get wicket-taking opportunities at the other end,” said Chahal in the virtual press conference.

On the other hand, Chahal reckons that they have a balanced squad as far as their bowling is concerned. Furthermore, the leg-spinner has added a quicker googly under his repertoire after having discussions with his teammate Adam Zampa. Chahal added that he has been observing Zampa’s bowling since he has come into the Australian team.

Chahal also stated that RCB skipper Virat Kohli gives the field of bowlers’ choice and backs them to the hilt. RCB have got off to a decent start as they have won two matches out of the three they have played and they are currently at the fifth place in the points table.

RCB will play their next match against Rajasthan Royals at Sheikh Zayed Stadium, Abu Dhabi on 3rd October.