Home » Cricket » IPL 2020: He is one of the greats of the game – Gurkeerat Singh on learning from AB de Villiers

IPL 2020: He is one of the greats of the game – Gurkeerat Singh on learning from AB de Villiers 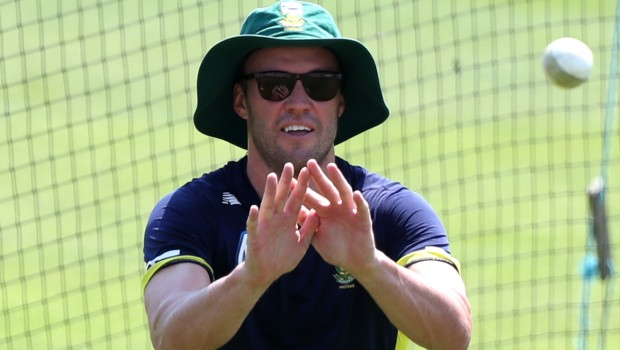 The IPL has always provided a great platform for the youngsters to grow in stature as well as confidence at the top level. The tournament gives an opportunity to the domestic players to share the stage with and against the world-class batsman and get opinions from the best coaches in the world. Royal Challengers Bangalore batsman Gurkeerat Singh is relishing the opportunity to play alongside former South African captain AB de Villiers.

The Twitter handler of the RCB uploaded a video of the team’s practice. Batsmen like AB de Villers, Virat Kohli and Parthiv Patel were seen sweating it out in the nets whereas bowlers like Isuru Udana and Dale Steyn were also bowling their hearts out.

Gurkeerat Singh, who was also seen gearing up for the upcoming season, was castled by a yorker from RCB fast bowler Mohammed Siraj. Subsequently, AB de Villiers was seen providing some batting tips to the Punjab batsman.

Gurkeerat Singh said, “I’ve been talking to them about technique, and how the wicket’s going to play. I’m comfortable talking to AB de Villiers about my batting. It definitely helps you and he’s one of the greats of the game.”

“Even when there’s no IPL, we exchange texts and I like talking to him, about my batting especially. It’s good to have everybody’s opinion and then work on it.”

The right-hander from Punjab is yet to grab his opportunities in the IPL as he has scored 440 runs in 33 IPL matches at a meagre average of 18.33. Thus, Gurkeerat would aim to make the most of the advice he is getting from the veteran players and prove his mettle in the upcoming season.

Overall, Gurkeerat has played 98 T20 matches in which he amassed 2264 runs at an average of 22.87. Ergo, the right-hander would look to turn the tables in the upcoming season of the league.

RCB will play their opening match against Sunrisers Hyderabad at Dubai International stadium on 21st September.