IPL 2020: High time for our middle-order to perform – Manish Pandey 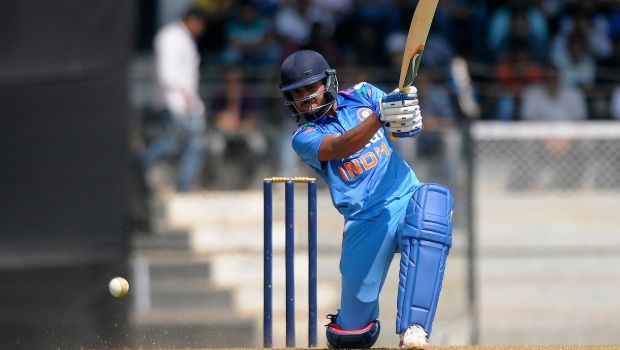 Sunrisers Hyderabad experienced batsman Manish Pandey feels it is high time for the middle order of the team to take up the responsibility and perform.

SRH had to chase down 155 runs against Rajasthan Royals at Dubai International Cricket Stadium on Thursday. However, the Orange Army lost early wickets of their skipper David Warner and Jonny Bairstow, both of whom they rely heavily on.

The onus was on the bleak middle-order in the absence of Kane Williamson. Manish Pandey has had a quiet IPL whereas Vijay Shankar was yet to grab his opportunities in the ongoing season. However, when both of them were able to take their team over the line by eight wickets.

Pandey and Shankar joined forces when SRH were 16-2 and Jofra Archer was breathing fire. However, Pandey was able to time the ball to perfection whereas Shankar took his time early on in the innings.

Pandey scored a fine knock of 83 runs from 47 balls with the help of four fours and eight sixes whereas Shankar scored 52 runs. The right-handed pair added 140 runs for the third wicket and this was the first century stand between two Indian batsmen for SRH in the ongoing season.

“There were enough talks around our middle order. High time for us to perform. I just wanted to stay on the wicket and play my shots. Really happy that it came off today. We had the opportunity to win the game for SRH, really happy I’m standing here,” Manish Pandey said in the post-match presentation ceremony.

On the other hand, Jofra Archer was once again launching thunderbolts and it was imperative for SRH to see him off. Pandey revealed that the plan was to play Archer cautiously whereas attack the leg-spinners and Indian bowlers.

“We had plans to see Jofra off. We had a plan to take on the leggies and Indian bowlers, and it paid off. The first ball I was able to middle through covers and I tried to keep my shape. I was hitting it well and I tried to get my team over the line”.

It was a much needed win for SRH as they had lost their previous three matches. Thus, the Orange Army had to win against RR to keep themselves alive in the tournament.