Home » Cricket » IPL 2020: Hopefully we can get the cup – Hardik Pandya optimistic of MI defending its title

IPL 2020: Hopefully we can get the cup – Hardik Pandya optimistic of MI defending its title 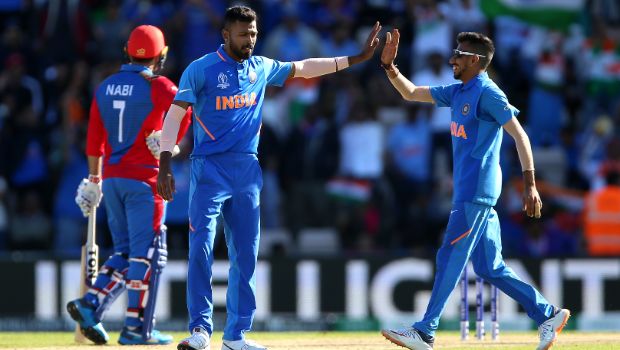 Mumbai Indians talisman Hardik Pandya is optimistic that they can get the cup and defend their title in the ongoing season of the IPL.

Mumbai is once again the most consistent team in the ongoing edition and they have come up with complete performances. The franchise is also the most successful team in the IPL as they have won the championship on four occasions.

MI had won nine matches out of the 14 they played in the league stage to top the points table with 18 points and thus ticked the right boxes. MI have come up with collective efforts and they are not dependent on the shoulders of any particular players.

Almost all the players have put their hand up in different situations and have delivered the goods for the team. Meanwhile, Hardik Pandya has been at his best while providing the finishing touches for the reigning champions.

The hard-hitter has scored 241 runs in 11 innings at an average of 34.62 and a blistering strike rate of 174.63. Pandya’s best knock of the tournament came against Rajasthan Royals when he clobbered 60 runs from 21 balls but it went in vain as his team lost.

MI is always a confident unit and they also have the experience of playing the big matches. Furthermore, they had defeated Delhi Capitals in both the league stage matches.

“The boys have played fantastically, can’t ask for more. We’ve been kind of slow starters always but touchwood this year has been a good ride so far. Working on my batting, and things are coming pretty well. It’s a matter of opportunity and it’s about what the team requires when I go to bat,” Hardik Pandya said in a video posted by Mumbai Indians.

“So far it’s looking good and I am just happy that we all are able to contribute in a way that everyone is chipping in at the right time. We’re getting the desired results as well. Now the crunch-time comes, the best leg of the league, and hopefully, we can get the cup,” Pandya added.

Hardik Pandya was rested in the previous match against Sunrisers Hyderabad and he will return to the final XI for the all important qualifier against Delhi Capitals, which will be played at Dubai International Cricket Stadium on 5th of November.

Moreover, MI had received a major boost in the previous match as their skipper Rohit Sharma had also returned back to action after recuperating from hamstring injury.