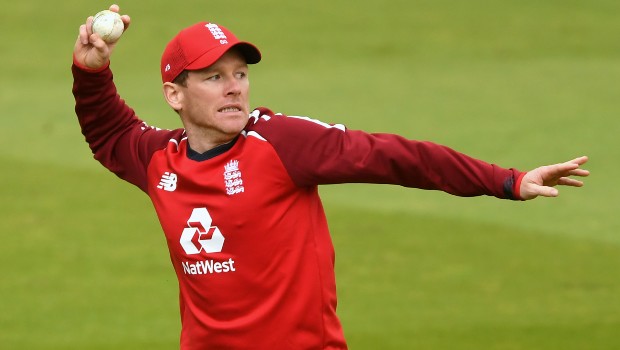 England limited-overs captain Eoin Morgan feels he is batting better than he has ever done. Morgan is timing the ball to perfection and he has been in sublime form in the recent past. The southpaw recently scored a century in the third ODI against Ireland and continued his good form against Pakistan.

The left-hander played a crucial role in England’s win in the second T20I against Pakistan at Old Trafford, Manchester on Sunday when he clobbered 33-ball 66 with the help of half dozen fours and four sixes to score his runs at a strike rate of 200. Thus, Morgan was awarded the Player of the match.

Subsequently, it is good signs for Kolkata Knight Riders as Morgan will add depth in the batting order. Morgan will also bring the experience of his leadership skills and it will be of great help for KKR skipper Dinesh Karthik.

“I think (I am playing better than ever) and that is backed up by the stats, Sky Sports quoted him as saying.The last couple of years have been the most productive of my whole career. Even before this series started, the last two years of international T20 cricket and some domestic cricket, are my best numbers to date, which is great”.

Morgan will look to continue his sublime form going and he is currently one of the most dangerous white-ball batsmen in the world. The pugnacious southpaw can turn the match on its head and he can hit the ground running. Morgan can launch his attack from the word go and it is not easy to contain him.

Morgan is placed at 22nd place in the ICC ODI rankings whereas he is positioned at the seventh rank in the ICC T20I rankings. The England captain has teams like SRH and KKR in the past but he hasn’t had a great run in the IPL. The left-hander has scored 854 runs in 52 IPL matches at a meagre average of 21.35.

Morgan is a completely different batsman now and he would aim to turn the tables in the forthcoming season. The England captain will lead the team in the upcoming limited-overs series against Australia. The IPL is all set to begin from September 19 in the UAE.