IPL 2020: I am not the same bowler I was few years back – Mohammed Shami 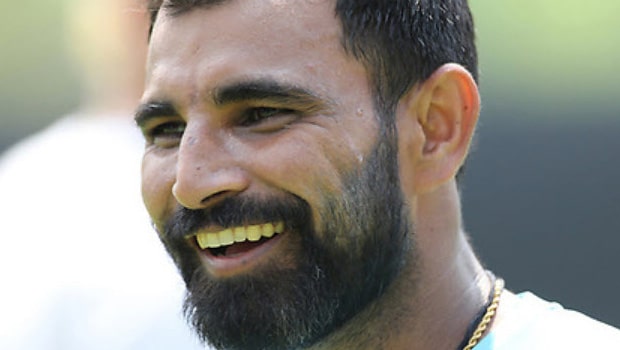 India and Kings XI Punjab gun fast bowler Mohammed Shami has admitted the fact he is not the same bowler he was a few years back. Shami has made one of the finest comebacks in the game and he is now an integral part of the team. The fast bowler was backed as a Test bowler in 2018 but he has also made a place for himself in the limited overs side.

The 2015 World Cup was the turning point of Shami’s career. The fast bowler was carrying a knee injury but he ended the tournament as India’s second highest wicket-taker with 17 scalps. However, the injury was aggravated and Shami was written off by the media.

This motivated Shami to make a roaring comeback. In fact, the fast bowler had gained a lot of weight and he then had to work hard on his fitness to make a return to the national team. Shami, who is now a consistent performer for the team, hasn’t looked back since then.

“In 2015 and even back in 2018 when I faced an injury, the media said that my career would be over. The media reported that even if I come back, I won’t be the same Shami, and I agree that I am not the same that I was a few years back. And that’s the only correct thing that they have said. This comment motivated me a lot to do better in the game for which I am known,” Mohammed Shami said while speaking on Amstrad InsideSport Face 2 Face cricket series.

Meanwhile, Shami has shown top form in the ongoing Indian Premier League while playing for Kings XI Punjab. Shami is currently the highest wicket-taker with eight wickets in four matches at an average of 14.75.

Shami has also gone through a tough time personally but he is not known to throw in the towel. In fact, he regularly trained at his farmhouse during the lockdown to keep himself at the top of his game. Thus, the fast bowler is now reaping rewards for all the hard work he has done in the last couple of years.

Shami will like to continue his good form in the IPL. Kings XI Punjab have lost three out of the four matches they have played and they would aim to make a comeback.