Home » Cricket » IPL 2020: I am really proud of my boys – Shreyas Iyer after losing IPL final to MI

IPL 2020: I am really proud of my boys – Shreyas Iyer after losing IPL final to MI 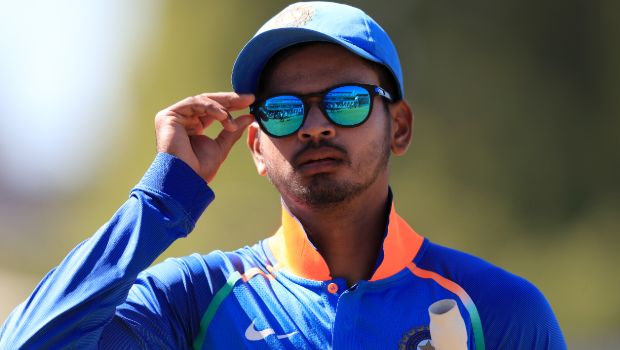 Delhi Capitals captain Shreyas Iyer stated he is proud of his boys after a fine performance in IPL 2020.

Delhi couldn’t cross the last hurdle against Mumbai Indians in the final on Tuesday but they showed great character throughout the tournament. In fact, DC had won seven out of their nine matches in the league stage but they veered off the track in the business end of the tournament.

However, Delhi had finished at the second place in the points table after eight wins. The franchise also came up with collective efforts throughout the tournament. Furthermore, their fast bowlers were really impressive as Kagiso Rabada and Anrich Nortje breathed down the neck of the opposition with their extra pace.

Rabada bagged the Purple cap as he scalped 30 wickets in 17 matches and finished as the highest wicket-taker in the tournament. Nortje snared 22 wickets in 16 matches and formed a potent alliance with his South African teammate.

Furthermore, Marcus Stoinis came up with all-round performance as he scored 352 runs and scalped 13 wickets. Moreover, Shikhar Dhawan provided some fine starts to his team as he scored 618 runs in 17 matches and finished as the second highest run-getter in the tournament. Thus, there were a lot of positives throughout the tourney for Delhi Capitals.

On the other hand, Shreyas Iyer also led the team with aplomb and he was able to get the best out of his players. Iyer also scored 519 runs in 17 matches at an average of 34.60.

Iyer stated the team’s head coach Ricky Ponting gives them all the freedom and his speeches in the dressing room are inspirational. The DC captain also added that they will look to go all the way in the next edition and gave his gratitude to the team’s fans.

Shreyas Iyer said in the post-match ceremony, “Ricky, the amount of freedom he gives us is outstanding. The way he motivates players is simply amazing. His team meetings and motivational speeches are quite incredible. The IPL always amazes you, it’s one of the toughest leagues to play. I’m overwhelmed to be part of it, and I’m really proud of my boys, the way they have played to reach the final, it’s not easy. Winning the IPL would have been better, but we will see to it that we lift the trophy next year. I would like to thank our fans, and we’re thankful for all the support that has been showered on us throughout the season”.

There were a lot of positives for DC and they will look to continue the same kind of form in the next season.