Home » Cricket » IPL 2020: I am sure about my role while playing for Australia, it changes a lot in the IPL – Glenn Maxwell

IPL 2020: I am sure about my role while playing for Australia, it changes a lot in the IPL – Glenn Maxwell 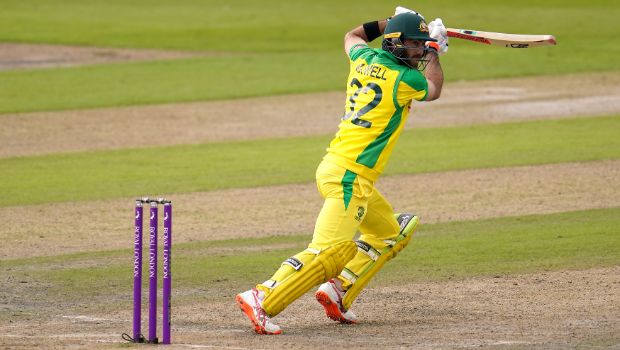 Kings XI Punjab all-rounder Glenn Maxwell feels frequent changes in his role in the IPL has led to his inconsistency in the ongoing season of the tournament.

Maxwell stated that he is always clear when he is playing for the national side but there are always too many changes in the IPL team.

Maxwell hasn’t been able to deliver the goods so far for Kings XI Punjab. The attacking batsman who is well known for his pyrotechnics, has managed to score only 58 runs in seven matches at a meagre average of 14.50.

In fact, Maxwell hasn’t been able to even hit a single six in the ongoing tourney, which goes to show his poor form. Furthermore, he has scalped only one wicket thus far.

Meanwhile, Maxwell had shown great form on the limited overs tour of England prior to the IPL but he hasn’t been able to replicate the same.

Kings XI Punjab has failed to achieve any kind of impetus thus far in the tournament as they have only won a solitary contest out of the seven matches they have played. Ergo, the team management has made frequent changes to the playing XI and the batting order, as they have failed to find the winning combination.

“I probably would not (compare IPL and Australia career). The way I have played international cricket, it has been more of a clearer role. I know exactly how the guys will bat around me,” Maxwell said while talking to PTI.

“My role in IPL changes probably for most games. In IPL, a lot of teams change their sides a lot. In the Australian set-up we have the same eleven for most of the games, we all know our roles really well,” Maxwell added.

Maxwell is a key player for KXIP and the franchise would hope that the talisman can turn the tables in the coming matches of the tournament. The right-hander can provide the finishing touches to the team and he would look to find his form in the upcoming matches.

Maxwell can turn the game on its head with the help of attacking batting and he will hold the key for Punjab. KXIP will play their next match against Royal Challengers Bangalore at Sharjah Cricket Stadium on 15th October.