IPL 2020: I am sure we will have the fifth IPL title in the bag – Rohit Sharma 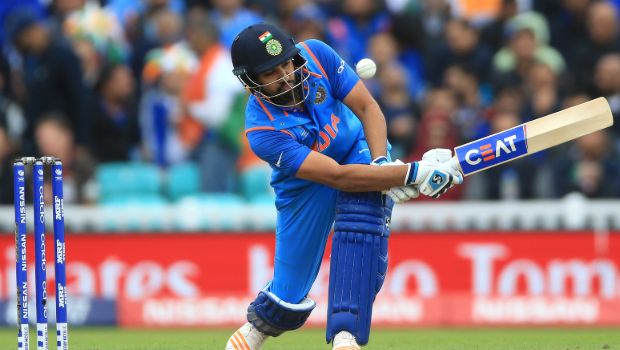 Mumbai Indians skipper Rohit Sharma is optimistic that his team will bag their fifth IPL title by beating Delhi Capitals in the final at Dubai International Cricket Stadium on Tuesday.

MI is the most consistent team in this edition of the IPL and they had also topped the points table after nine wins from 14 league stage matches.

Subsequently, they defeated Delhi Capitals in the first qualifier to book their place in the sixth IPL final. Meanwhile, Mumbai Indians have faced Delhi Capitals three times in this season and the defending champions have won on all the three occasions.

On the other hand, Mumbai Indians is the most successful team in the IPL as they have won four titles. MI has a potent team and they are known to come up with collective efforts in the field.

Furthermore, MI players have the experience of playing the big matches and it is going to give them an advantage against Delhi Capitals, who have made their way into the final for the first time.

However, Rohit also added that there is no point in thinking about the past and they will need to come up with a fine performance on the day to beat Delhi Capitals.

“There’ll be a psychological advantage a little bit. I’m sure we’ll have the fifth one in the bag” Rohit said in the pre-match press conference.

“What we’ve seen with IPL is every day is a fresh day, every day is a new pressure and every game is a new game. So you can’t think too much about what has happened in the past,” added Rohit who is on the verge of becoming the first captain in IPL history to win five titles.

On the other hand, Rohit stated that history will not matter and they can not think they have defeated Delhi Capitals in the last three encounters as it is going to be a new match.

There is no doubt that Mumbai Indians will be the favourites in the final but Delhi Capitals have the firepower to get past the reigning champions. It should be a thrilling contest between the top two teams of this season.