Home » Cricket » IPL 2020: I am surprised not to see Sanju Samson playing all formats for India – Shane Warne

IPL 2020: I am surprised not to see Sanju Samson playing all formats for India – Shane Warne 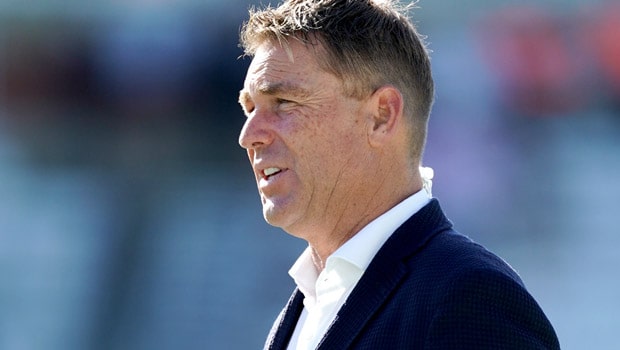 Former Australian legend and now Rajasthan Royals’ mentor and ambassador Shane Warne stated he is surprised not to see Sanju Samson playing all forms of the game for the Indian team. Samson played a blistering knock of 74 runs off just 32 balls in Royals’ opening fixture against Chennai Super Kings at Sharjah Cricket Stadium on 22nd September.

The right-hander timed the ball to perfection as he batted at the top of his game to complete his fifty off just 19 balls. He played a crucial part in taking his team to a par score of 216 runs. Thus, he was also awarded the Player of the match award.

After his impressive performance in the team’s opening game, Samson has received praise from all corners. Samson has come up with some breathtaking renditions in the IPL and it is hard to imagine that he has played only four T20Is for the Indian team.

The flamboyant batsman has shown all the skills to go a long way in his career. Samson has an attractive stroke play and he is a treat to the eyes.

Meanwhile, Rishabh Pant was backed by the team management after MS Dhoni played his last International match in the World Cup. However, Pant hasn’t grabbed his opportunities and KL Rahul has come up with impressive performances in the last few series, to seal his place in the limited overs side.

“Sanju Samson, what a player he is. I have said for a long time and I think Sanju Samson is probably one of the most exciting players I have seen for a long time. I am surprised that he is not playing all forms of cricket for India,” said Warne in an Instagram live session of Rajasthan Royals.

Warne is hopeful that Samson will carry his good form and will help Rajasthan Royals lift their second title. If Samson can have a breakthrough year, he can make a case for himself in the national team.

“So, hopefully, he has a consistent year and helps Rajasthan Royals lift the IPL trophy and I hope to see in him Indian colours in all three forms of cricket.”

Sanju Samson has all the skills to be the future of Indian cricket and he would aim to make the most of his talent. Samson can learn a lot by playing with players like Steven Smith, Jos Buttler. He will also get to face gun fast bowler Jofra Archer in the practice net sessions.