Home » Cricket » IPL 2020: ‘I am Virat Kohli and that’s the way I play’ – Kevin Pietersen reveals why RCB skipper stands out

IPL 2020: ‘I am Virat Kohli and that’s the way I play’ – Kevin Pietersen reveals why RCB skipper stands out 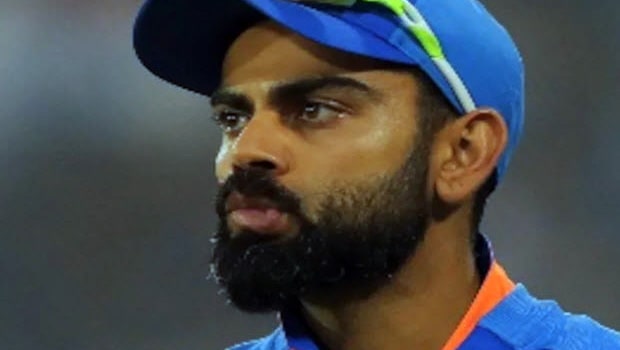 Former England batsman and now cricket commentator Kevin Pietersen has heaped praise on Royal Challengers Bangalore skipper Virat Kohli. It was anticipated that players like Ben Stokes and Virat Kohli might not be at their best as the matches are being played behind closed doors during the Covid-19 era.

However, it hasn’t been the case as Kohli has come out all guns blazing. Kohli took some time to find his form as he could only aggregate 18 runs in the first three matches. However, he was able to turn the tables after getting the confidence in the Super Over clash against Mumbai Indians.

Kohli last four knocks read – 72*, 43, 90* and 33* and thus he has remained unbeaten on three occasions out of the four. Kohli’s best knock came against Chennai Super Kings when he scored 90 runs from 52 balls.

It looked like RCB would struggle to go past 145 runs but Kohli was able to take his team to a fighting score of 169 runs. Kohli played only five dot balls and scored 40 runs in boundaries.

The talisman ran 28 singles and 11 doubles in his match winning knock as he ran like a Cheetah between the wickets. Kohli’s return to form is a big positive for RCB and they have got off to a great start in the tournament as they have won five out of the seven matches they have played.

“Those emotions are still there. We have seen it now on the field. Virat wears his heart on his sleeve. It is what it is. ‘I am Virat Kohli and this is the way I play.’ Crowds or no crowds. He has now convinced me that he doesn’t need crowds to put on a performance like he did,” Pietersen explained on Star Sports.

Virat Kohli has been a champion batsman and his hunger to score runs is never satiated. Kohli has done a fine job for RCB and he would look to continue the same form going.

RCB is currently at the third position in the points table after five wins from seven matches. The Virat Kohli-led team will next face KXIP at Sharjah Cricket Stadium on 15th October.