IPL 2020: I can learn some technical stuff from Anrich Nortje – Kagiso Rabada 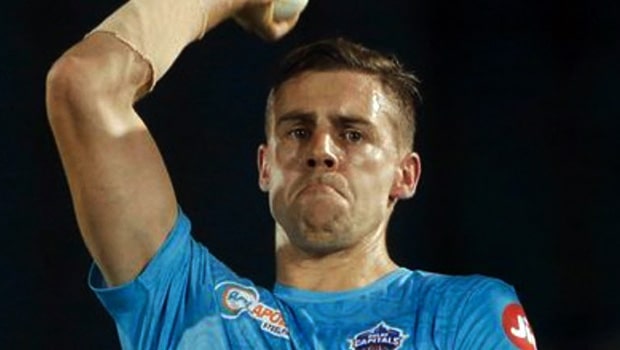 Delhi Capitals fast bowler Kagiso Rabada feels he can learn some technical stuff from his teammate Anrich Nortje. Rabada has more International experience than Nortje but he is open to taking the positives from his fellow countryman. Both Nortje and Rabada have been absolutely brilliant for Delhi Capitals in the ongoing season.

Rabada added that both of them try to learn from each other. The South African duo form a lethal bowling combination for the Delhi Capitals and they have delivered the goods at both ends of the innings. The Proteas fast bowlers have impressed with their express pace and they have troubled the opposition batsmen.

Both Rabada and Nortje have smooth bowling actions and thus they are able to generate express speed. Rabada, had scalped 25 wickets in the previous season and he has continued the same form going in the ongoing edition. The ace paceman is currently the highest wicket-taker as he has scalped 18 wickets in eight matches for DC.

On the other hand, Anrich Nortje has snared 10 wickets in eight matches. Nortje was at his best against Rajasthan Royals on Wednesday at Dubai International Cricket Stadium as he took two wickets for 33 runs. Thus, he was awarded the Player of the match.

Rabada feels he can learn a lot from his bowling partner as they always look to get better with every match.

Kagiso Rabada said while talking in the post-match ceremony, J”ust glad that we won. Stokes and Buttler got off to a great start but we knew it would get tough to bat if we used our line and length smartly along with the field settings”.

On bowling with Nortje, he said, “We learn a lot from each other. He is a real fast bowler and I can learn some technical stuff from him. I have some experience which I can tell him about. It is good to chat”.

Rabada and Nortje will look to continue the good show for Delhi Capitals as they have been outstanding with the ball. Furthermore, Delhi Capitals spinners have also done a fine job for the team as Ravichandran Ashwin and Axar Patel have been right on the money.

Delhi is now at the top of the points table after six wins from eight matches. DC will next face CSK at Sharjah Cricket Stadium on 17th October.