Home » Cricket » IPL 2020: I didn’t get the opportunities that I should have – Amit Mishra

IPL 2020: I didn’t get the opportunities that I should have – Amit Mishra 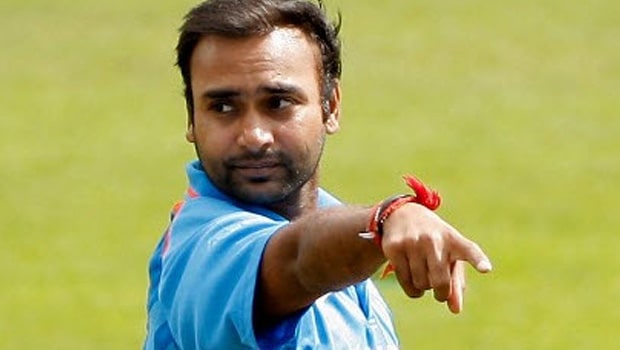 Delhi Capitals leg-spinner Amit Mishra feels he didn’t get enough opportunities to represent the national team as he should have received. Mishra is one of the most consistent bowlers in the IPL history and he is also the second highest wicket-taker in the tournament. The leg-spinner from Haryana has scalped 157 wickets in 148 IPL matches.

However, Mishra last represented India back in 2016 in a Test match against England. In fact, the leg-spinner had a great record in the ODI format as he scalped 64 wickets in 36 ODI matches at an impressive average of 23.62.

Furthermore, Mishra also impressed with the ball in the T20I format as he snared 16 wickets in the 10 matches he played for the national team. However, he didn’t get consistent opportunities for the Indian team.

“I don’t know if I am underrated. I used to think too much earlier, so mind used to get diverted, now I just focus on my job,” he said in an online press conference ahead of the clash against Sunrisers Hyderabad here on Tuesday.

“To be honest, I didn’t get what I should have but it’s okay. People know who Amit Mishra is. That’s enough for me. I have to focus on my cricket and bowling so that is what I do,” he conceded, touching upon the disappointment of not turning up more for India.

Mishra got a chance to play for Delhi Capitals in the team’s second game as Ravichandran Ashwin had not fully recovered from the shoulder injury. The leg-spinner bowled a tight spell against Chennai Super Kings as he conceded only 23 runs in his four overs quota.

Mishra has been a consistent performer over the years in the IPL and he would aim to bring his best to the table for the Delhi Capitals. In fact, Mishra has not given up hope of making a comeback into the national team despite being 37 years old.

Delhi Capitals have had a fine start to the season as they have won both their matches. The table toppers will lock horns against Sunrisers Hyderabad, who are at the bottom of the points table, at Sheikh Zayed Stadium, Abu Dhabi on Tuesday.