Home » Cricket » IPL 2020: I don’t like bowling to Andre Russell in the nets – Kuldeep Yadav

IPL 2020: I don’t like bowling to Andre Russell in the nets – Kuldeep Yadav 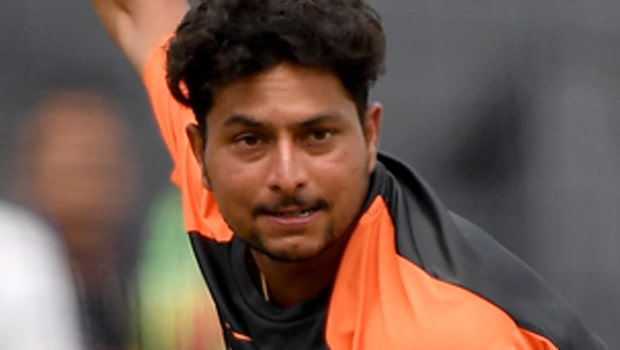 Kolkata Knight Riders chinaman spinner Kuldeep Yadav has revealed that he doesn’t like bowling to Andre Russell during the net sessions. Russell is one of the hardest hitters in the game and it is a nightmare for the bowlers to bowl at him. The talisman is known for smashing the ball with great power and it is not easy for bowlers to contain him.

Yadav revealed that Russell bats in beast mode in the practice sessions. In fact, the left-arm spinner added that it is scary even if Russell mistimes the ball straight at you, as the reaction time is minimum. However, Yadav also believes it is a great learning experience to bowl at someone like Russell, who can take the game away from the opposition in a matter of overs.

The West Indies’ all-rounder was at his absolute best in the previous season as he had scored 510 runs at an average of 56.66 and a whirlwind strike rate of 204.81 and scalped 11 wickets in the 14 matches. Thus, Russell was awarded the Player of the tournament but KKR was over-reliant on his shoulders.

“To be very honest I don’t like to bowl to Andre Russell during the nets sessions because you tend to get scared when he goes for the big one, and sometimes he misses out and it comes straight to you,” Yadav told News 18.

“Difficult to adjust yourself but yeah, if you are bowling to him you get a lot of experience to bowl in death overs or big hitting batsman. It’s a good experience for me and he’s definitely one of the best T20 players and we’re lucky to have him,” Kuldeep further said.

Russell is going to hold the key for KKR in the upcoming season and he would aim to be at his best. Overall, the linchpin has scored 1400 runs in 64 IPL matches at a blistering strike rate of 186.41.

On the other hand, Kuldeep Yadav hasn’t been in the best of forms in the last couple of seasons and he would aim to turn the tables. The chinaman has scalped 39 wickets in 40 IPL matches and he feels that the spinners will play a major role in the UAE conditions.