IPL 2020: I don’t think our team had the right balance – Jos Buttler 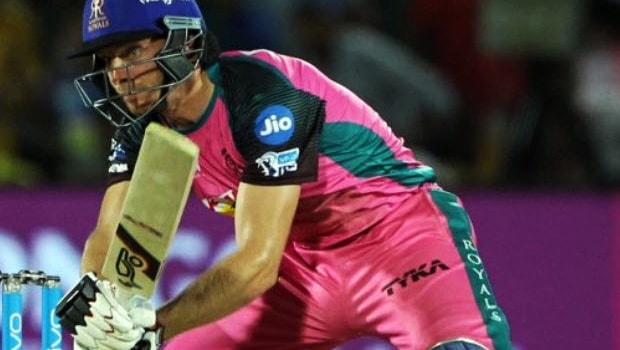 Rajasthan Royals talisman batsman Jos Buttler feels his team didn’t have the right balance throughout the IPL 2020, which led to their downfall. RR finished the season as the wooden spooners as they won six matches out of the 14 league stage games.

Buttler reckons that the team was a bit top heavy and didn’t have the experienced batsmen in the lower middle order to add the finishing touches. In fact, RR wasn’t able to find the right balance and thus there was a lot of chop and change in the batting order. Buttler who had initially opened the innings was batting in the middle order after a few matches.

Ben Stokes, who is a middle-order batter, was asked to open whereas Uthappa also batted in the lower order in the first half of the season.

“It actually probably came from myself saying I didn’t think our team had the right balance,” Buttler told Sky’s IPL Cricket Show.

On the other hand, Rahul Tewatia was able to do a fine job for the team as he added the finishing touches against Sunrisers Hyderabad and Kings XI Punjab to take his team to victories. However, Buttler feels it would have been nice if a more experienced batsman would have supported Tewatia.

“Rahul Tewatia had a great season for us with the bat, being a bit of a finisher, but I felt like a more experienced guy alongside him would have balanced our team a bit better.

Meanwhile, Jos Buttler scored 328 runs in 12 innings at an average of 32.8 and a strike rate of 144.49. The right-hander played five innings in the middle order and he scored 160 runs while batting at number five.

On the other hand, RR had a good start to the season as Steven Smith and Sanju Samson showed great form. However, both of them were not able to carry it forward and thus RR failed to make it to the playoff stages.

RR will be looking to fill in the missing pieces in their team and will aim to make a roaring comeback in the next season.