Home » Cricket » IPL 2020: I don’t think RCB have got enough collectively to win it – Michael Vaughan

IPL 2020: I don’t think RCB have got enough collectively to win it – Michael Vaughan 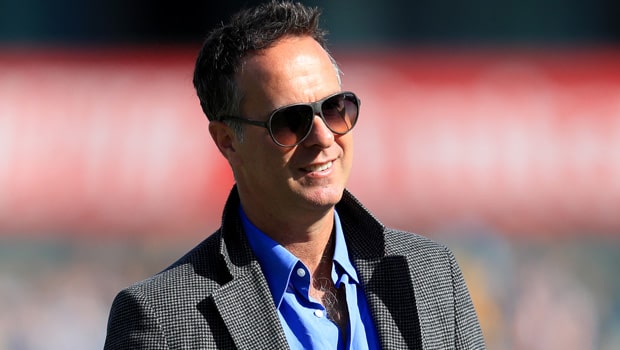 Former England captain Michael Vaughan feels Royal Challengers Bangalore doesn’t have enough collectively to win the ongoing Indian Premier League. Bangalore showed great form in the first phase of the league stage as they won seven matches out of the 10 they played. But Bangalore have veered off the track in the business end of the tournament as they have lost four matches on the trot.

However, RCB had done a fine job in the first phase of the league stage and they were able to seal their playoffs berth after a long gap of three years.

Meanwhile, RCB have always been reliant on the shoulders of Virat Kohli and AB de Villiers. However, both of these talisman batsmen haven’t had an ideal season as per their own standards, which has led to the downfall of the team in the fag end of the tournament.

On the other hand, RCB’s bowling is also heavily dependent on Yuzvendra Chahal. The team had gained confidence since the arrival of Chris Morris in the team but he suffered an injury against Delhi Capitals. Furthermore, Navdeep Saini who has impressed with his express pace had also suffered a finger injury against Chennai Super Kings.

Thus, there could be a chance that RCB might not be able to put their full strength in the Eliminator contest. RCB have made to three IPL finals but they haven’t been able to go all the way in the competition.

“Can the RCB team win it this year? I’ve said that from the beginning, I don’t think they’ve got enough collectively to win it,” Vaughan told Cricbuzz.

Meanwhile, it is noticed that RCB have adopted a sedate approach in the last couple of matches in their batting department, which has led to their downfall. Vaughan believes RCB would need to play aggressively if they are to have a chance of clinching their maiden IPL title.

“I look at teams and individuals and see are there enough individuals in the RCB team full of confidence to play in the pressure that they would be under… I guess the one thing in RCB’s favour is that they’ve got no other options but to play hard and aggressive cricket,” Vaughan said.

RCB will either face SRH or KKR in the Eliminator, which will be played at Sheikh Zayed Stadium, Abu Dhabi on 6th November. If SRH defeats MI, then they will make the cut into the playoffs and if MI wins against SRH, then KKR will go through to the final four.