Home » Cricket » IPL 2020: I don’t think we have played our best cricket yet – Pat Cummins

IPL 2020: I don’t think we have played our best cricket yet – Pat Cummins 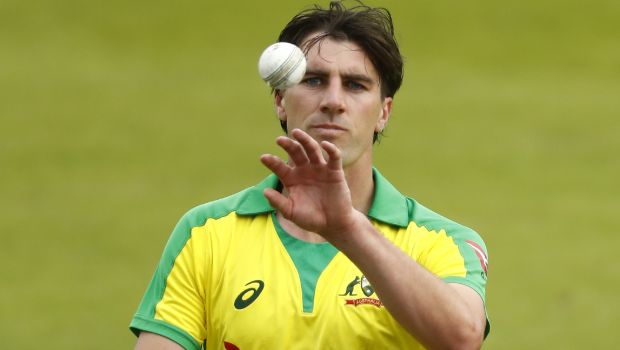 Kolkata Knight Riders gun fast bowler Pat Cummins feels the team is yet to play their best cricket so far in the ongoing IPL 2020.

Kolkata have won four matches out of the seven they have played but they haven’t been able to tick the right boxes thus far. KKR is currently at the fourth position in the points table.

Meanwhile, KKR is yet to come up with a collective team effort. Andre Russell and Sunil Narine have been out of form and it has been a big setback for the team. Ergo, the team will look to come up with impressive performances in the coming matches.

On the other hand, Pat Cummins, who is the number one Test bowler in the world, has disappointed with his performances. KKR have a young pace battery and thus the onus is on Cummins to deliver the goods and guide the youngsters on the right path.

“I think four wins, three losses, you know, is a pretty good result. We’re in the top-four. And I don’t think we’ve played anywhere near our best cricket yet, we haven’t played that complete game that blows a team out of the water,” Cummins said on the eve of their match against Mumbai Indians here.

In fact, KKR had a bonus win when they won against Kings XI Punjab by two runs. However, they lost their previous match by a gargantuan margin of 82 runs against Royal Challengers Bangalore.

Meanwhile, KKR’s next assignment is against defending champions Mumbai Indians. MI had thrashed KKR by a mammoth margin of 49 runs in the latter’s opening match of the season. MI has a potent side and KKR will need to be at their absolute best to go past the reigning champions.

In fact, Cummins had conceded 49 runs in his three overs against MI and he would look to make a roaring comeback.

“We got to make amends for our first game of the year, they beat us, didn’t play our best game. So, another great chance to test this against the group leaders,” Cummins said.