IPL 2020: I felt the big knock was coming – Suryakumar Yadav 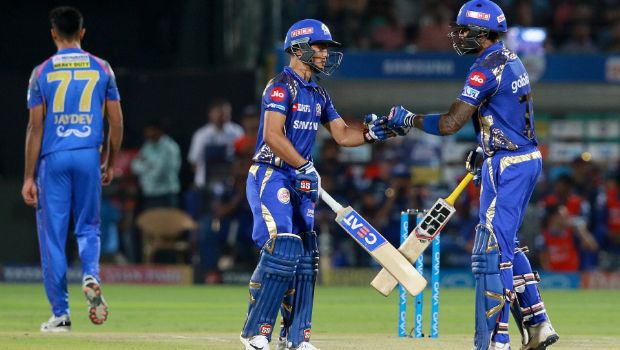 Mumbai Indians number three batsman Suryakumar Yadav has been a consistent performer for his team over the years.

Yadav, who has scored most runs as the uncapped Indian batsman in the IPL, was getting off to starts in the first five matches but hadn’t converted them into substantial scores.

It was expected that a big score from Yadav’s blade was around the corner and he delivered against Rajasthan Royals at Sheikh Zayed Stadium, Abu Dhabi on Tuesday. The right-hander played some breathtaking shots in his blistering knock of 79 runs from 47 balls and thus helped his team post a par score of 193 runs.

Yadav scored 37 runs out of 79, behind the wickets as he played the scoop shot with aplomb. The right-hander was once again brilliant with the inside out shots and scored 11 fours and two sixes in his match winning knock. The 30-year old was awarded the Player of the match for his fine inning.

In fact, Rohit Sharma, Mumbai Indians captain, also stated in the post-match ceremony that a big knock from Suryakumar Yadav was on the cards as he was looking in good touch in the net sessions.

Yadav was also hit on the head by Jofra Archer however he was able to bounce back as he got a six on the next ball. The right-hander played some brave shots and he was able to get the rewards.

Suryakumar Yadav said in the post-match ceremony, “I felt a big knock was coming in this game, because in the last few games I was finding ways to get out. This time I just wanted to bat till the end. Loving the added responsibility at the top of the order, and I’ve just been told to play my game and express myself and I did just that”.

Mumbai Indians were too good for Rajasthan Royals as they comprehensively won by 57 runs. The reigning champions pack leader Jasprit Bumrah scalped four wickets and bowled a fine spell to trouble the opposition. Furthermore, Trent Boult and James Pattinson scalped two wickets each. RR were skittled out for a paltry score of 136 runs.

MI will play their next match against Delhi Capitals at Sheikh Zayed Stadium, Abu Dhabi on 11th October.