Home » Cricket » IPL 2020: I focus on bowling economically, it helps me get wickets – Rashid Khan

IPL 2020: I focus on bowling economically, it helps me get wickets – Rashid Khan 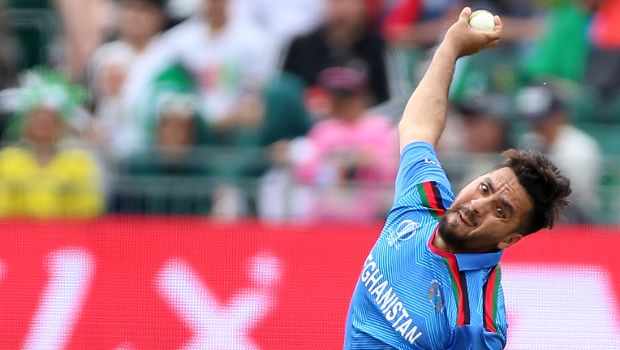 Sunrisers Hyderabad talisman spinner Rashid Khan revealed that his primary goal is to bowl economically and it helps him get wickets as he is able to build the pressure.

Rashid is mostly right on the money and he hardly gives a chance to the batsman to swing his arm. The same was palpable when the leg-spinner bowled a match winning spell against Delhi Capitals at Dubai International Cricket Stadium on Tuesday.

The Afghanistan spinner scalped three wickets and conceded only seven runs in his quota of four overs. Rashid accounted for Shimron Hetmyer on his first ball of inning whereas he also plumbed Ajinkya Rahane in front of the wickets in the same over. Thus, Rashid scalped two wickets in his opening over and then also dismissed Axar Patel.

Rashid is the number one bowler in the T20 format and he has breathed down the neck of the best in the business. The 22-year old spinner has bagged 72 wickets in 58 IPL matches at an average of 19.9 and a brilliant economy rate of 6.23. Ergo, Rashid has been an asset for Sunrisers Hyderabad.

Rashid Khan said after the game, “The ball came out nicely, but we won the game more importantly. The wicket was helping a lot. The more you bowl in the right areas. To bowl economically is what I am focusing on, whether I get wickets or not… I focus on bowling dot balls and it helps me get wickets and also helps to take wickets at the other end. I just go with a clear mind. I never think about the scoreboard, what the target is, what’s a good score if we bowl first. I always think I should bowl in the right areas”.

Rashid is mostly economical in his bowling and it helps him in getting his wickets as he builds the pressure on the batsmen. In fact, as Rashid hardly gives anything away in his four overs, it benefits the other SRH bowlers and they also reap rewards for the good work he does.

Furthermore, it is not easy to pick Rashid Khan as he bowls at a quicker pace and hence a batsman gets less time to gauge the length and variation of the delivery.

SRH will next face RCB at Sharjah Cricket Stadium on 31st October and they will need to win their last two matches to keep their playoff hopes alive.