Home » Cricket » IPL 2020: I have got better as the tournament has progressed – Pat Cummins

IPL 2020: I have got better as the tournament has progressed – Pat Cummins 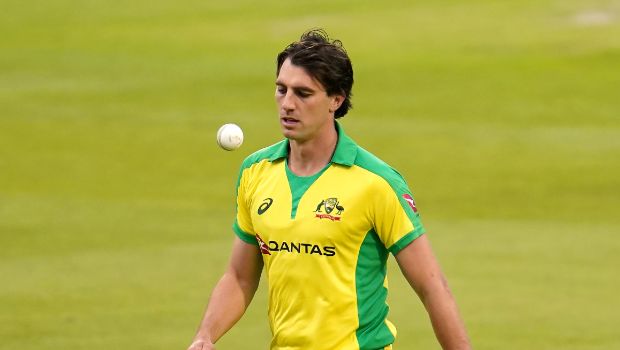 Cummins, who was roped in for a whopping price of INR 15.50 crores by KKR, had a horrible start to his IPL campaign as he leaked 49 runs in three overs in his maiden match of the season against MI.

Cummins was mostly expensive as he failed to hit the right areas in the initial phase of the tournament. However, he made a decent comeback in the business end of the tourney and showed why he is a top class bowler.

Cummins has express pace under belt and he was able to breathe down the neck of the opposition. The Australian ace paceman snared 12 wickets in 14 matches at an average of 34.08.

In fact, Cummins, who is the number one Test bowler, was at his best in the last league match against Rajasthan Royals. Cummins broke the back of the Rajasthan Royals top order as he scalped four wickets for 34 runs.

Cummins conceded 19 runs in his first over but he made a fine comeback in his spell. The right-arm pacer dismissed Robin Uthappa, Ben Stokes, Steve Smith and Riyan Parag as RR was reduced to 37-5 in the first five overs. Thus, the Royals couldn’t get going in their run-chase.

Cummins was also awarded the Player of the match for his brilliant bowling performance in the last league stage match of the season for KKR.

Pat Cummins said in the post-match ceremony, “A lot goes through your mind. First few balls weren’t great. As long as you go back to bowling your best balls, it’s alright. Top of off-stump is always that area for me, there was a bit early in there with the new ball. So, I was trying to get as many in there as I can. Not really, don’t think I expected to get all wickets like that. Some days you bowl well and don’t get luck, some days you get a bit of luck as well. Today, everything fell into place. I guess early on in the season, I put a lot of pressure on myself. As the tournament has gone on, I’ve got better and better. You’re always learning”.

Meanwhile, it is noticed that a high price tag always puts extra pressure to perform on a particular player. Cummins became the most expensive overseas player in the IPL 2020 auctions but he was able to handle the pressure with great success.

KKR will want SRH to lose their final match against MI so that they qualify for the playoff stages.