Home » Cricket » IPL 2020: I think there is something about Kartik Tyagi – Ajit Agarkar

IPL 2020: I think there is something about Kartik Tyagi – Ajit Agarkar 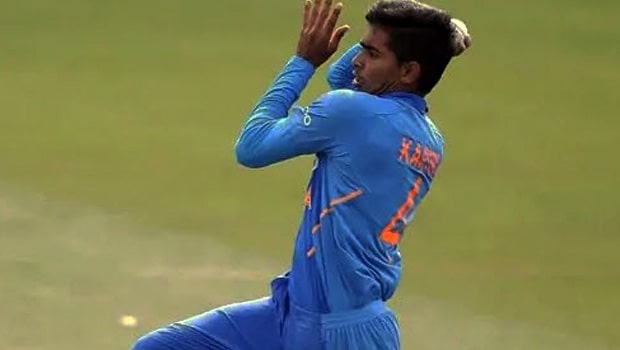 Former Indian fast bowler Ajit Agarkar is impressed by the skill sets shown by a young Kartik Tyagi when the rookie pacer represented Rajasthan Royals in the recently concluded season of the IPL. Tyagi had impressed with his skills in the Under-19 World Cup 2020 and he showed great skills in the IPL.

It is never easy for a young player to make a move from junior cricket to a big stage like the IPL but Kartik has shown the temperament to play with the big boys. When Kartik made his debut for RR in the IPL, talisman all-rounder Ben Stokes compared his bowling action with Brett Lee and Ishant Sharma.

On the other hand, Tyagi had scalped 11 wickets in six matches of the Under-19 World Cup 2020 at an impressive average of 13.91 and played a key role in taking India to the final of the tournament.

Subsequently, the 20-year old scalped nine wickets in 10 matches while playing for RR in IPL 2020. However, he bowled with an average of 40.77 and conceded his runs at a high economy rate of 9.61.

But this was Tyagi’s maiden season and he is expected to get better with experience. The lanky pacer from Hapur showed great skills to hit the blockhole consistently and bowled regularly around speed of 140 kmph. Thus, the youngster has shown the promise to go a long way in his career.

Agarkar stated that Tyagi was the most impressive young Indian bowler in the IPL for him.

“I think the one guy I quite loved watching in this IPL was Kartik Tyagi for Rajasthan Royals. I think there is something about him for someone who is so young and inexperienced,” Agarkar said in Star Sports’ show Cricket Connected.

“His attitude was great and it is never easy for a young raw Indian fast bowler to come and have a big IPL but you learn from these experiences. The hope is that you get better as you go forward because he seems to have the goods, he seems to have the skill sets to bowl at various stages of a T20 game, which is probably the hardest thing to do.”

The IPL is doing a fine job in giving opportunities to young players like Kartik Tyagi to share the same stage with the world-class players. Tyagi can learn a lot from Jofra Archer, who was awarded the Most Valuable Player of the season for his brilliant performances.

Meanwhile, Rajasthan Royals finished the season as the wooden spooners as they could win only six matches in the league stage. The Steven Smith-led team wasn’t consistent and it led to their downfall.