Home » Cricket » IPL 2020: I think this game has to go down in history – Mayank Agarwal

IPL 2020: I think this game has to go down in history – Mayank Agarwal 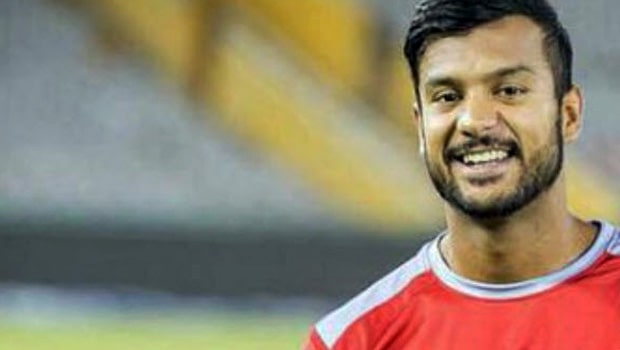 It was a spectacle and there is no doubt that the 36th match of IPL 2020 will go down as one of the best in the history of the IPL. It was the first time that two Super overs were played to decide the winner. Mayank Agarwal, who played a key role in getting KXIP over the finishing line stated that this game has to go down in history and he is happy he ended up on the right side of the result.

Agarwal was brilliant at the boundary rope when he saved four runs on the final ball of the second Super Over. Punjab could have been chasing 16 runs but they had to get 12 to seal two points, courtesy Agarwal’s Superman effort.

Subsequently, the flamboyant batsman scored two boundaries in the Super Over to get his team over the line after Chris Gayle smashed a six on the first ball of the over.

“I think there are so many emotions running through our heads. It’s unbelievable. I think this game has to go down in history. I think for the first time we have played a Super Over followed by a Super Over. We are happy that we are on the good side of it,” Agarwal said in a video posted by KXIP’s Twitter handle.

“The only thing in our head was whatever they score, we gotta chase it. I spoke to Chris Gayle and we decided we are just going to go and when he got a six off the first ball it was pressure off us and pressure on them and we were just looking to still hit the ball and watch the ball and execute the plans and it did work for us.”

Kings XI Punjab was able to hold on to their nerves better than Mumbai Indians. It is not easy to defeat Mumbai Indians in the Super Over as they had Jasprit Bumrah and Trent Boult in their final XI. However, Mohammed Shami did a fine job for KXIP as he was able to nail his yorkers accurately and thus took the match into the second Super Over after conceding only five runs.

Kings XI Punjab were able to get the much-needed two points under their bag to keep their playoff hopes alive. Punjab will next play Delhi Capitals at Dubai International Cricket Stadium on 20th October.