Home » Cricket » IPL 2020: I took my chances in the powerplay – Wriddhiman Saha

IPL 2020: I took my chances in the powerplay – Wriddhiman Saha 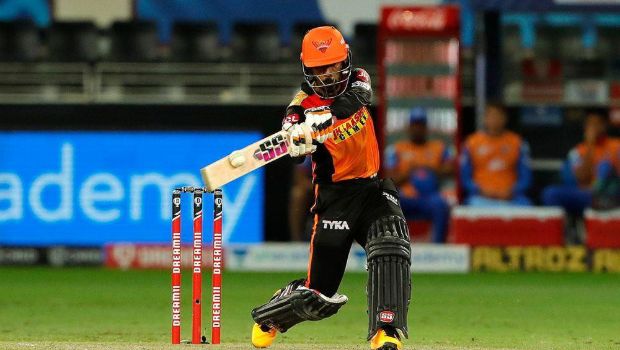 Sunrisers Hyderabad wicket-keeper batsman Wriddhiman Saha was at his best against Delhi Capitals at Dubai International Cricket Stadium on Tuesday.

Saha scored a blistering knock of 87 runs off just 45 balls as he batted at the top of his game. The right-hander was able to hit the ground running and scored his runs at a fine pace.

Saha, who was playing his second match of the season, was able to grab his opportunity. In fact, Saha was filling the big shoes of Jonny Bairstow, who has been a consistent performer for Sunrisers Hyderabad. However, the right-handed batsman from Bengal made great use of his experience.

David Warner was hammering the ball from one end whereas Saha’s focus was able to time the ball with perfection. Saha stated that he took his chances in the first six overs and they came off for him and the team. The right-hander scored a total of 12 fours and two sixes as he scored his runs at a whirlwind strike rate of 193.33. Thus, Saha was awarded the Player of the match.

Wriddhiman Saha said in the post-match ceremony, “I got the opportunity for the second time this year and took my chances in the powerplay. Initially the ball was holding a bit but I took my chances and went after it after the pitch eased out. I’m happy I got selected for the Tests in Australia. We are looking forward to winning the last two matches for the Sunrisers and that’s our target now”.

Saha added a fine alliance of 107 runs with David Warner, who scored 66 runs from 34 balls. Subsequently, Saha added 63 runs with Manish Pandey to help SRH get to a above par total of 219 runs. Saha and Warner were able to lay down a solid foundation of the big score after DC skipper Shreyas Iyer won the toss and decided to field first.

Manish Pandey added the finishing touches as he scored 44 runs from 31 balls. On the other hand, SRH bundled out DC for a meagre total of 131 runs and the Orange Army won by a mammoth margin of 88 runs. Rashid Khan was once again brilliant with the ball as he returned with figures of 3-7 in his four overs.