Home » Cricket » IPL 2020: I want to execute the role that I have been given by the team – Jasprit Bumrah

IPL 2020: I want to execute the role that I have been given by the team – Jasprit Bumrah 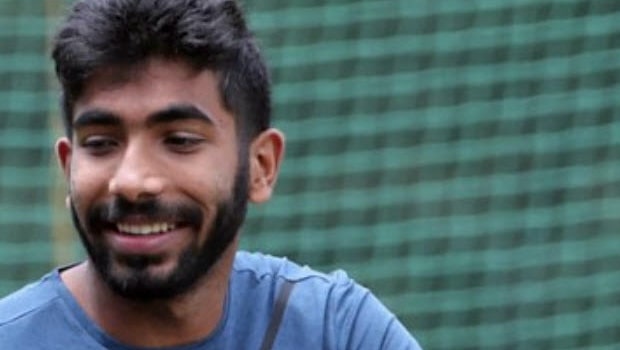 Mumbai Indians gun pacer Jasprit Bumrah was brilliant in the first qualifier against Delhi Capitals at Dubai International Cricket Stadium on Thursday. Bumrah breathed down the neck of the opposition batsmen with his accurate bowling as he was right on the money.

Bumrah stated that he wants to execute the role which he has been given by the team management. The right-arm pacer was awarded the Player of the match for his magnificent performance of 4-14 in his four overs. Bumrah added he doesn’t care about not getting wickets as long as his team goes on to win the title.

Bumrah provided a fine start to his team as he clean bowled Shikhar Dhawan with a deadly yorker after his bowling partner Trent Boult had already struck twice in the first over. Subsequently, Bumrah dismissed DC skipper Shreyas Iyer.

MI captain Rohit Sharma got Bumrah back into action when the alliance between Marcus Stoinis and Axar Patel started looking a bit dangerous. Bumrah lived up to his captain’s faith as he bowled Stoinis on the first ball of his second spell. Subsequently, he dismissed Daniel Sams with a short pitched delivery.

Jasprit Bumrah said in the post-match ceremony, “I am okay with not getting wickets and winning the tournament, I have been given a role so I just want to execute that role. Opening yorker was really important. I decided I will do that early in the game and when it comes off it’s always nice. I am always ready when the captain wants me to bowl. I don’t focus on the end result. When I have done that it’s always gone downhill. I have a great camaraderie with Boult. We discuss fields, situations, so there’s a lot to learn from him. Batsmen have been taking all the awards, so it’s good to get it as a bowler (laughs). Ah no, I don’t worry about awards. As long as the team is winning I am happy”.

Bumrah was brilliant for MI once again and he is now the Purple cap holder as he scalped 27 wickets in 14 matches of the tournament. MI came up with a fine performance and it was another collective show from the defending champions. Bumrah will aim to continue his same form in the finals of the tournament.