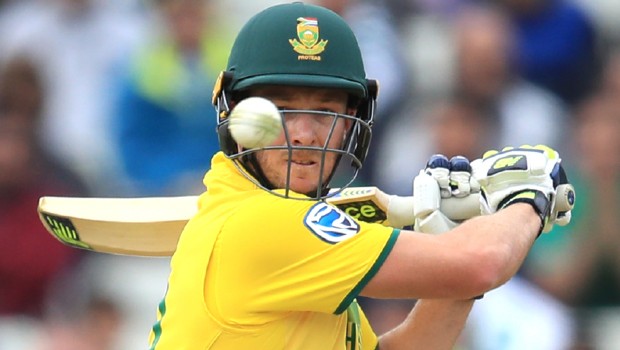 South Africa’s and Rajasthan Royals batsman David Miller is in awe of Chennai Super Kings skipper MS Dhoni. Miller stated that he wants to finish games like Dhoni. MS is regarded as one of the best finishers of the game and he has done a fine job both for the Indian team and CSK.

Dhoni has taken a lot of matches till the end and he has mostly carried his team over the line. The right-hander has always had the big shots under his repertoire and he knows which bowlers he should target whereas which ones he should play cautiously.

Dhoni has nailed the finisher’s role in the past but it was noticed that his pyrotechnics were on the wane in the last couple of years. However, Dhoni has always been a consistent performer in the IPL as he has scored 4432 runs in 190 IPL matches at an impressive average of 42.21 and a whirlwind strike rate of 137.85.

Meanwhile, David Miller was released by Kings XI Punjab in the previous season. Subsequently, Miller was roped in by Rajasthan Royals for INR 75 lakhs in the IPL 2020 auctions. Miller has the skills to hit the ground running and he can take the game away from the opposition in a matter of overs.

The pugnacious southpaw batsman has also scored the joint fastest T20I century as he had reached his hundred in only 35 balls against Bangladesh.

“I absolutely love the way Dhoni goes about his business. Certainly his calmness – you just think he’s always under control. The way he portrays himself, that’s something he’s extremely good at and I do enjoy that about him. I try to give off the same energy,” Miller was quoted by ESPNcricinfo.

“He’s got his strengths and weaknesses as a batsman and so do I. I tend to be in awe of some of his chases rather than ‘I want to bat like him’. I suppose I just want to finish games like he does.

Meanwhile, David Miller has scored 1850 runs in 79 IPL matches at an impressive average of 34.29 and a strike rate of 138.78. Rajasthan Royals will play their opening match of the IPL against Chennai Super Kings at Sharjah Cricket Stadium on 22nd September and thus Miller will have his opportunity to play against MS Dhoni.