Home » Cricket » IPL 2020: I was a bit more angry and upset that we got ourselves in that position – Chris Gayle

IPL 2020: I was a bit more angry and upset that we got ourselves in that position – Chris Gayle 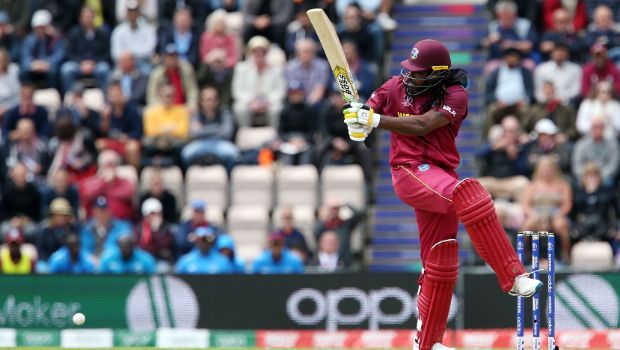 Kings XI Punjab talisman batsman Chris Gayle revealed that he was more angry and upset than being nervous in the two-Super Overs match against Mumbai Indians at Dubai International Cricket Stadium on Saturday.

Kings XI Punjab has made it a habit of messing up a hunky-dory situation in the ongoing season and they once again almost blew it away against the defending champions.

Kings XI Punjab had the match in their grab as they were 108-3 while chasing 177 runs against Mumbai Indians. A well settled KL Rahul was at the crease but once again Glenn Maxwell was dismissed for a duck.

In fact, Punjab required three runs off the last three balls but they could only manage two runs to tie the match and take it into the Super Over. Furthermore, Chris Jordan took a longer route to get back for the second on the final ball and he felt short by a couple of inches.

MI posted 11 runs in the second Super Over and Gayle was able to hit a six on the first ball to release all the pressure. Agarwal was able to finish off the chase as he struck two boundaries.

Chris Gayle heaped praise on Mohammed Shami after the match for bowling accurate yorkers in the Super Over.

“No I wasn’t nervous (laughs). I was a bit more angry and upset that we got ourselves in this position,” Gayle told Mayank Agarwal on IPLT20.com.

“But it’s a game of cricket and these things do happen. “Shami is the man of the match for me,” Gayle continued. “To defend six runs against Rohit and de Kock, that’s fantastic. That’s a great job. I have faced you in the nets and I know that you can nail those yorkers, and nail them well. Today he came and delivered and brought it home for us.”

On the other hand, Mohammed Shami revealed that the plan was to keep himself positive and he backed himself to deliver the goods. Shami was able to nail all the yorkers and kept the self belief to come up with a fine performance.

Punjab will play their next match against Delhi Capitals at Dubai International Cricket Stadium on 20th October.