IPL 2020: I was really fed up of myself last year – Sanju Samson 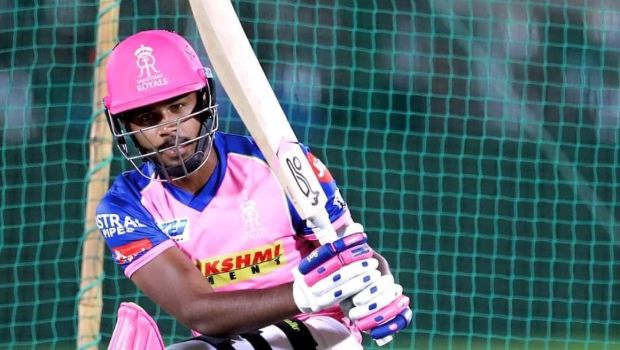 Rajasthan Royals flamboyant batsman Sanju Samson has been on a roll in the first two matches of ongoing Indian Premier League 2020.

Samson scored a fine knock of 74 runs in the opening match against Chennai Super Kings and then followed it with another sublime inning of 85 runs against Kings XI Punjab.

Samson has come up with some breathtaking performances in the IPL over the years. However, he is a bit inconsistent at the domestic circuit. It is also surprising to note that Samson has thus far played only four T20Is for the national team.

In fact, many cricket boffins have shown their surprise that Samson doesn’t represent India consistently despite having all the skills. Samson admitted that he was really fed up with himself last year after inconsistent performances.

However, the stylish batsman has been able to keep himself in the right frame of mind and thus he has reaped fruits for the same. The right-hander has played two crucial knocks for his team in the first two games as he has scored a total of 159 runs and he was awarded the Player of the match in both the matches.

“I think I have been hitting it well for the last one year. So I’m in the right frame of mind. I can see a change in my game and my fitness,” Samson told the host broadcaster, Star, after the game.

“I was really fed up with myself last year. I had been trying very hard but things were not happening. Then I really went back to myself, did a bit of soul-searching and I really asked myself lots of different questions. Like, ‘What do I want to achieve in my life?’ and ‘Where do I want to reach until my cricket career finishes?’”

Meanwhile, Samson has played 95 IPL matches in which he has scored 2368 runs at an average of 28.88 and strike rate of 133.79. Thus, the Kerala batsman will look to be more consistent in the ongoing edition of the IPL. Samson has got off to a fine start and he would look to continue his good show.

A good IPL season can do wonders for Samson and he would be able to get more opportunities in the Indian team if he keeps up the same form. Rajasthan Royals will play their next match against Kolkata Knight Riders at Dubai International Stadium on 30th September.