Home » Cricket » IPL 2020: I was surprised to see Virat Kohli open against SRH in the Eliminator – Sachin Tendulkar

IPL 2020: I was surprised to see Virat Kohli open against SRH in the Eliminator – Sachin Tendulkar 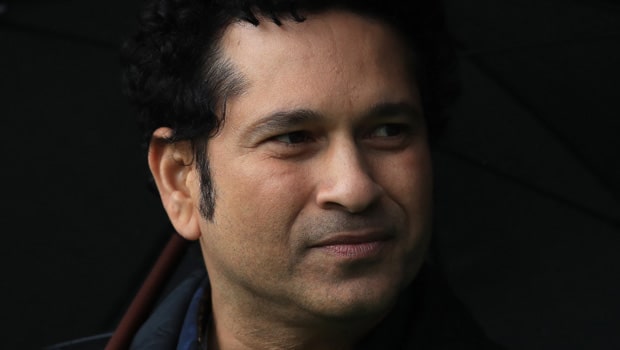 Former Indian legendary batsman Sachin Tendulkar stated he was surprised to see Royal Challengers Bangalore skipper Virat Kohli open the innings with Devdutt Padikkal in the Eliminator against Sunrisers Hyderabad at Sheikh Zayed Stadium, Abu Dhabi on Friday. Kohli’s move to promote himself to the opening position backfired as he could only score six runs off seven balls.

Kohli decided to open the innings with Devdutt Padikkal after Josh Philippe’s ordinary strike and Aaron Finch’s poor form. However, RCB had decided to play Aaron Finch in the final XI and the Australian limited overs captain batted at one down.

In fact, Kohli had not opened in the whole season and suddenly decided to take the gamble in the all-important knockout match. Furthermore, Kohli’s form was not up to his own standards and he could not deliver the goods in the fag end of the tournament. The talisman scored 466 runs in 15 matches at an average of 42.36 and a paltry strike rate of 121.35.

Kohli had struggled to get going in the first four matches and then found his form. However, he wasn’t able to continue the same form and veered off the track in the business end of the tournament.

Tendulkar explained that Virat Kohli was trying to negate the swing by prancing down the wicket but he was troubled by the extra bounce which Jason Holder created due to his height.

“Holder’s opening spell was really good and I was surprised to see Virat open the innings. It was a different strategy which didn’t click. Virat looked positive but when Holder was bowling to him, he was trying to carve the line. He tried to cover Holder’s outswing, walking towards the bowler to reduce the distance to cut the swing. But Holder gets more bounce than other bowlers as he’s very tall. And that’s what did the trick. Virat was beaten by the bounce,” Tendulkar said on his YouTube channel.

Virat Kohli will be disappointed with his own performance as he is one of the best batsmen in the world. However, he couldn’t live up to the tall expectations he sets for himself.

RCB were brilliant in the first 10 matches as they had won seven games. However, they couldn’t continue the same form as they lost their last five matches to slip in the fag end of the tournament.