IPL 2020: I was trying to just time the ball in the final over – Axar Patel 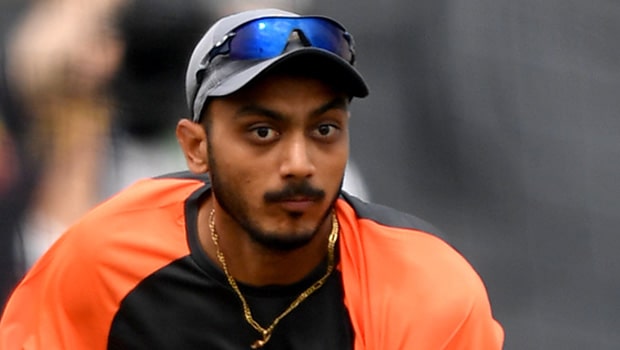 Delhi Capitals all-rounder Axar Patel revealed that he was trying to time the ball in the final over of the run chase against Chennai Super Kings at Sharjah Cricket Stadium on Saturday. The Capitals were under the pump as they required 17 runs off the final over, which was bowled by Ravindra Jadeja.

Patel had no time to settle and he needed to hit the ground running. Shikhar Dhawan gave Patel the strike when 15 runs were required off the final five balls. The southpaw smashed two consecutive sixes and then ran a double to help his team get back into the contest.

A solitary run was needed off the final ball but Patel finished off in style as he hammered another six. Thus, Delhi Capitals was able to win by five wickets and registered their second win over CSK in the ongoing season.

Axar Patel played a fine little cameo of 21 runs from five balls to help his team get over the finishing line. Delhi Capitals captain Shreyas Iyer heaped praise on Axar Patel as he stated that the all-rounder is the unsung hero of the team whereas Shikhar Dhawan, who scored his maiden IPL hundred, added Axar is an asset for the team

“When I saw that the last over was being bowled by a left-arm spinner and the boundary was shorter on one side, I was just trying to time the ball and not hit it too hard. My formula was to see the ball and hit the ball,” Axar Patel told Shikhar Dhawan in a video posted on iplt20.com.

Delhi Capitals were under the cosh as 17 runs were required of the final over but Axar Patel was able to turn the tide for the team. Patel also bowled a fine economical spell as he conceded 23 runs in his quota of four overs.

On the other hand, Shikhar Dhawan was awarded the Player of the match for his match winning knock of 101 runs off 58 balls. The southpaw scored 14 fours and one six to get his team home. It was another fine collective team effort from Delhi Capitals. This was the seventh win of the season for the Delhi side as they have once again reclaimed the top position in the points table.