Home » Cricket » IPL 2020: I won’t be surprised if Ambati Rayudu is playing for India sooner rather than later – Brad Hogg

IPL 2020: I won’t be surprised if Ambati Rayudu is playing for India sooner rather than later – Brad Hogg 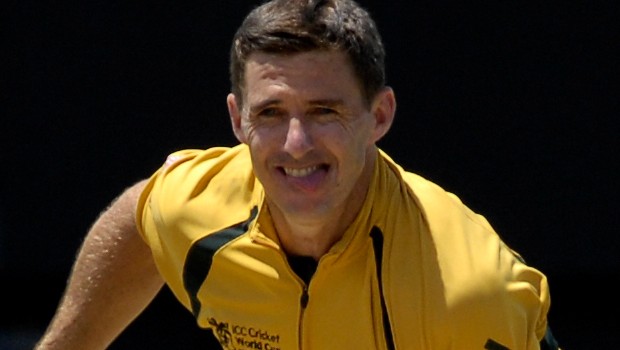 Former Australian spinner Brad Hogg believes Ambati Rayudu will be back in the Indian squad sooner rather than later. Hogg stated that he won’t be surprised to see Rayudu back in action for the Indian team. The CSK batsman was at his absolute best as he scored a fine knock of 71 runs off just 48 balls to help his team get over the line.

In fact, CSK was in a pickle when they lost two early wickets for only six runs while chasing 163 against reigning champions Mumbai Indian in the season’s opener. However, Rayudu was able to steady the ship along with former South African captain Faf du Plessis.

Rayudu looked in fine form and proved his mettle for CSK. Many cricket boffins once again raised the point that it was a big mistake from the Indian selectors and team management to leave Rayudu out from the 2019 World Cup squad.

In fact, Rayudu had taken International retirement out of sheer frustration after he was surprisingly left out of the ODI showpiece. However, he decided to take a U-turn on his retirement call.

With the kind of form Rayudu showed in the opening match against a quality bowling line-up of Mumbai Indians, it won’t be a surprise if he gets back into the Indian team if he is able to continue the same show.

“CSK have got plenty of depth. Ambati Rayudu stood up and I think he can do a job again at No.4. I won’t be surprised if he is playing for India sooner rather than later. I think he is going to have another big series. He looks on top, watch him to make another 50 and he will make another 50 and become the man of the match,” Brad Hogg said on his YouTube channel.

Rayudu has been a consistent performer in the IPL and he would look to continue his good form. The right-hander has scored 3371 runs in 148 IPL matches at an average of 29.06 and strike rate of 126.35.