Home » Cricket » IPL 2020: I would have preferred to get this form two or three games ago – Ben Stokes

IPL 2020: I would have preferred to get this form two or three games ago – Ben Stokes 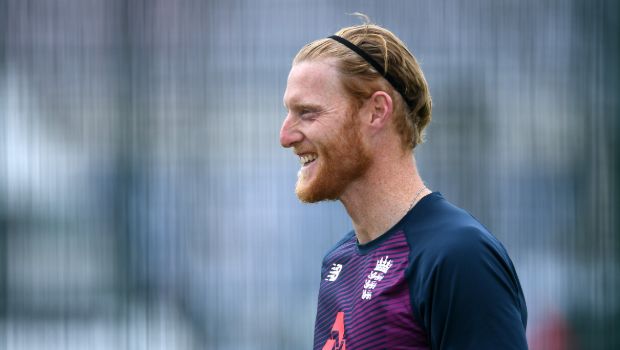 Rajasthan Royals persisted with Ben Stokes at the top of the order despite mundane performances from the all-rounder but the move finally paid off on Sunday.

Stokes wasn’t able to provide a good start to his team and even failed to hit a six after facing more than 100 balls. The left-hander strike rate was also an issue as he was striking just better than run-a-ball.

However, it is well known that Stokes is one of the best all-rounders in the world and his batting form in the last two years has been top class. Stokes finally came good against defending champions Mumbai Indians at Sheikh Zayed Stadium, Abu Dhabi on Sunday as he scored a fine century.

The southpaw scored 107 runs from 61 balls with the help of 14 fours and three maximums. Stokes looked at home during his mammoth knock and added 152 runs with Sanju Samson to get his team over a challenging total of 195 runs with eight wickets in hand.

Stokes had joined Rajasthan Royals camp late due to personal problems as his father is ill. However, he wasn’t able to hit the ground running in the tournament.

Stokes stated that he would have preferred to find this form two or three games ago when they didn’t rely on the results of the other teams. The southpaw batsman also added this knock will probably bring a bit of happiness back home in his family.

Ben Stokes said in the post-match ceremony, “Sort of bittersweet to be honest – it took so long to get one for the team. I would have preferred to get this form two or three games before when we weren’t relying on other results to get us through to the qualifiers. It’s always nice to get back to form. We needed a result from today, so – it’s a good victory. Training yesterday was the best I have had for the full time I have been here. Came into the game with a lot more confidence than the other games. Nice to spend some time out in the middle and finish the game off”.

Stokes finally came up with a fine performance and he also became the first batsman to score two centuries in the IPL in successful run chases. Stokes had scored a fine century back in IPL 2017 against Gujarat Lions.