Home » Cricket » IPL 2020: If I can bat with one retired player, it would be Sachin Tendulkar – Kane Williamson

IPL 2020: If I can bat with one retired player, it would be Sachin Tendulkar – Kane Williamson 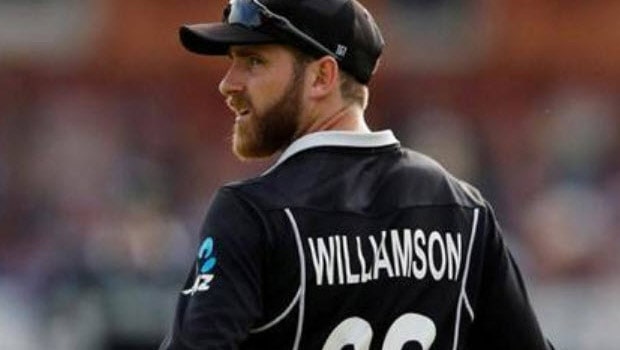 Tendulkar was well known for his class and there was hardly any chink in his armour. In fact, there is no doubt that Sachin inspired a lot of youngsters to take up the sport. The kind of impact that Sachin had on the game is unmatchable and he took the game to new global heights.

There is no doubt that it would have been interesting if Sachin had batted with Kane Williamson. Both of them would have made a solid pair as they are technically strong batsmen. Furthermore, they would have been treat to the eyes for the aficionados as they have flamboyant strokeplay.

“If I can bat with one retired player, it would be Sachin Tendulkar. I always admired him and grew up watching him. So it will be amazing to have that experience, which won’t happen unfortunately,” Kane Williamson said in a question-answer session on Sunrisers Hyderabad’s official Twitter Page.

Meanwhile, Kane Williamson also revealed that India is his favourite place to play the game. The game is madly followed in India and it is always an aim for an overseas player to play well in the Indian conditions.

On the other hand, Kane Williamson had led Sunrisers Hyderabad to the final of IPL 2018 but they could not cross the last hurdle against Chennai Super Kings. Hyderabad was also able to qualify for the playoff stages in IPL 2019. However, SRH decided to pass the captaincy baton from Williamson to former captain David Warner for the upcoming season of IPL 2020.

Hyderabad have a potent bowling line-up and they would aim to come up with a collective effort. The Orange Army’s middle order could be their Achilles Heel as they don’t have much experience. Hyderabad will be reliant on the shoulders of David Warner, Jonny Bairstow and Kane Williamson and they will aim to deliver the goods for the team.

Sunrisers Hyderabad will play their opening match against Royal Challengers Bangalore on 21st at Dubai International Stadium. The IPL will begin from September 19.