IPL 2020: If we win the tournament and I don’t take wickets, I won’t mind it – Kagiso Rabada 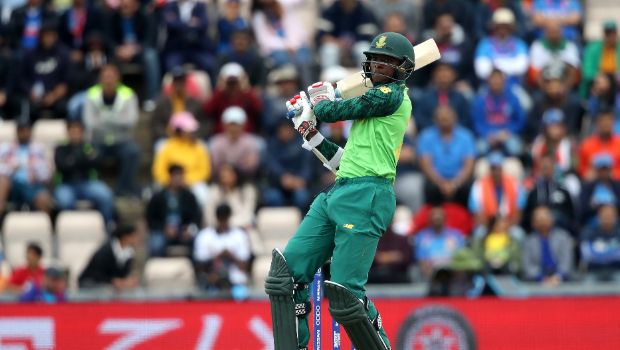 Delhi Capitals pack leader Kagiso Rabada gave a selfless statement as he said that he won’t mind if his team wins the tournament and he doesn’t take any wickets.

Rabada once again claimed the Purple cap as he scalped four wickets against Sunrisers Hyderabad in the second qualifier at Sheikh Zayed Stadium, Abu Dhabi on Sunday.

Rabada has thus far snared 29 wickets in 16 matches at an average of 17.79 and economy rate of 8.23. The Proteas fast bowler returned with figures of 4-29 in his four overs against SRH to help his team win by 17 runs and qualify for their first-ever IPL final.

Rabada provided a perfect start to his team as he accounted for David Warner, who is the best batsman for SRH. The right-arm gun pacer got the ball to swing back into the left-hander’s pads and it ricocheted on to the stumps.

Rabada then took three more wickets in the penultimate over of the inning to help his team seal the deal. Abdul Samad was threatening to take the game away from the opposition but Rabada was able to dismiss him.

In fact, Rabada feels he didn’t bowl well in his last over but he was lucky to get the breakthroughs.

Kagiso Rabada said in the post-match ceremony, “Today was just my day, I don’t think I bowled particularly well in the last over. But there are times when you bowl well and don’t have the rewards to show for it, so I’ll take it. But that is secondary, primary is winning the tournament. If we win the tournament and I don’t take any wickets.. I don’t mind that at all”.

DC will now face potent Mumbai Indians in the IPL final and Rabada knows that it is going to be a difficult challenge for his team. MI have defeated DC in all the three meetings and the Shreyas Iyer-led team will need to bring their A game against the defending champions.

Rabada added, “Mumbai is a very good side. We are a young team, have a lot of talent and the guys are gearing up to do their best”.

The top two teams have qualified for the final and it should be a thrilling final. MI and DC will play the final at Dubai International Cricket Stadium on Tuesday.