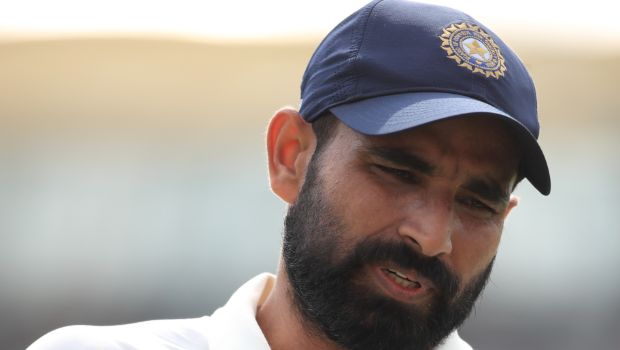 It is early days of the ongoing Indian Premier League 2020 and it is expected that the purple cap will keep on changing multiple heads.

However, for the time being, Kings XI Punjab pack leader Mohammed Shami has grabbed the cap after taking four wickets in the first two games of the tournament.

Shami had a perfect start to the tournament as he scalped three wickets in the opening match against Delhi Capitals and conceded only 15 runs in his quota of four overs. Subsequently, he continued his good form against Royal Challengers Bangalore as he scalped one wicket and gave away only 14 runs in his three overs.

Shami has been in prolific form in the last two years and he has made a roaring comeback into white ball format. The right-arm pacer has the speed under his belt and he can trouble the opposition batsmen with his extra yard of pace.

Shami feels it is imperative to execute your plans in the match after doing all the practice in the net sessions. It should also be noted that Shami has been able to hit the ground running with his performances as he was continuously training at his farmhouse during the lockdown.

“Feeling so good to get the Purple Cap. The confidence has been high since game one and it really matters to execute whatever you have done during the preparation, especially in such a big tournament,” Shami said in a video posted by KXIP on Twitter.

Shami has been at his best and he would look to continue his good show. The pacer has snared 44 wickets in 51 IPL matches and he will play a crucial role in the success of KXIP in the ongoing season.

On the other hand, KXIP captain KL Rahul is now the holder of Orange cap after scoring a majestic knock of 132 runs off just 69 balls against RCB. Shami added that he has always enjoyed Rahul’s flamboyant batting.

Shami said, “Every year we see him (play). The longer he plays, the more you enjoy. We have been playing together for a long time. I have enjoyed a lot of his innings in the past and today was just another day.”

Punjab won their opening match of the season by 97 runs against RCB. KXIP will play their next game against Rajasthan Royals at Sharjah Cricket Stadium on 27th September.