IPL 2020: Important to give 100% whenever you get chances – Shahbaz Nadeem 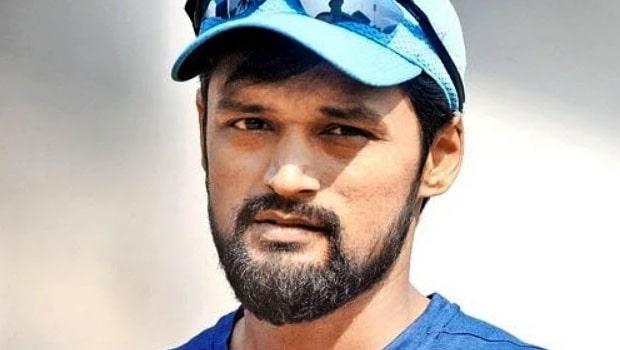 Sunrisers Hyderabad spinner Shahbaz Nadeem feels it is important to grab your chances when you get them in the ongoing IPL. Nadeem is not a regular part of the playing XI for SRH and he was able to come up with a complete performance against defending champions Mumbai Indians in the all-important match on Tuesday.

Nadeem feels contributing to the team’s win boosts the confidence of the player. The left-arm orthodox spinner bowled a tight line and length against Mumbai Indians and kept the opposition’s batsmen at bay. Nadeem scalped two wickets of Suryakumar Yadav and Krunal Pandya in the same over to put SRH on top.

The ball to Yadav kept a tad low and Wriddhiman Saha was able to complete a smart stumping whereas Krunal Pandya closed the bat face early and Kane Williamson took a sharp catch. Furthermore, Nadeem only conceded 19 runs in his four overs and didn’t allow MI batsmen to get going.

Nadeem played his fifth match of the season and when Simon Doull asked him how he copes up with pressure as he plays irregularly, the spinner said he is used to it now.

Shahbaz Nadeem said in the post-match ceremony, “I have been playing like this for the last couple of years. It is important that whenever you get your chances you need to give your 100% and that’s what came out today. Contributing to the team boosts you. Everyone has been contributing and my job is to fit in. This is a very small ground but the pitches are turning slower, so as a spinner, if you pitch it in the right areas, it does work”.

Nadeem played an instrumental role in restricting Mumbai Indians to a paltry score of 149 runs and then it was a cakewalk for SRH after David Warner and Wriddhiman Saha got settled.

SRH have now won three matches in a row and they are high on confidence. The Orange Army finished the league stage at the third place and they will now face Royal Challengers Bangalore in the Eliminator at Sheikh Zayed Stadium, Abu Dhabi on 6th November.

SRH will aim to make the most of their winning momentum whereas RCB will be under the pump as they have lost four matches in a row.