Home » Cricket » IPL 2020: It gives me a lot of pride in captaining Delhi Capitals – Shreyas Iyer

IPL 2020: It gives me a lot of pride in captaining Delhi Capitals – Shreyas Iyer 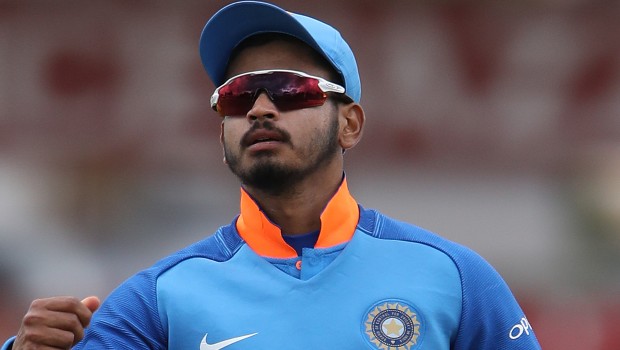 Delhi Capitals captain Shreyas Iyer has stated that it gives him a lot of pride in captaining the team. Iyer was handed over the captaincy baton after former skipper Gautam Gambhir decided to relinquish his duties in IPL 2018. Subsequently, the Mumbai batsman led the team from the front and took Capitals to the playoff stages in IPL 2019 after a gap of six years.

Iyer has thus far led in 24 matches of the IPL in which the team has won 13 and lost 10 whereas one match has ended in a tie. Iyer has got the best out of the players and he would once again look to lead with aplomb in the upcoming season of the IPL.

Meanwhile, Iyer has also enjoyed working under the tutelage of former Australian captain Ricky Ponting, who is the head coach of the team. Furthermore, former Indian captain Sourav Ganguly was the team’s mentor in the last season. Thus, Iyer has bolstered while playing under the umbrella of these leaders.

Moreover, Iyer has grown in confidence after sealing his place in team India’s squad. Iyer is now an integral part of the national team and he has grabbed his opportunities while batting at number four.

Shreyas Iyer said “I was comfortable last year too. I had two big minds in my team, Sourav Ganguly and Ricky Ponting. They made my job easy. This time, having been consistent in the Indian team, it gives me a lot of pride and also responsibility as a player to be captaining such an amazing team. It has given me a sense of belief that I can really dominate at this position and also win everyone’s hearts at the same time.”

Meanwhile, Delhi Capitals are yet to savour success in the IPL history and Iyer would aim to turn the tables in the forthcoming season. Delhi has a good blend of youth and experience and Iyer would like to come up with his best both as a leader as well as a batsman.

On the other hand, Shreyas Iyer would be looking to learn from experienced players like Shikhar Dhawan, Ajinkya Rahane and Ravichandran Ashwin. It would be a great learning experience for Iyer to lead his troops in the upcoming season.

Delhi Capitals will play their opening match of the 13th edition of the IPL against Kings XI Punjab on 20th September at Dubai International Stadium.