Home » Cricket » IPL 2020: I would love to be an impact player for my team – Shikhar Dhawan

IPL 2020: I would love to be an impact player for my team – Shikhar Dhawan 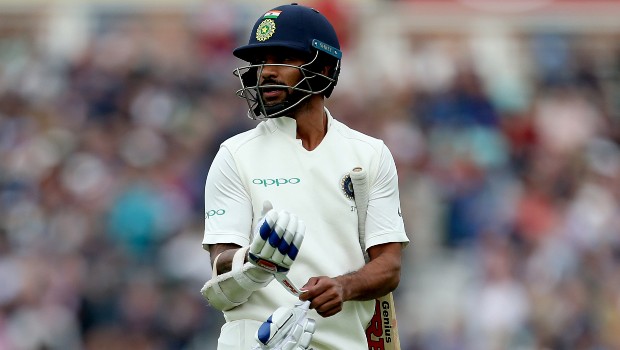 Delhi Capitals opener Shikhar Dhawan has stated he would love to be an impact player for his team in the upcoming season of the IPL 2020. Dhawan, who is expected to open the innings with Prithvi Shaw, wants to provide a solid platform to his team in the first 10 overs. The southpaw has all the experience under his belt and he would aim to come up with impressive performances.

Meanwhile, Shikhar Dhawan had played a key role in the success of Delhi Capitals in the previous season. The left-hander was the leading run-getter for the franchise as he had amassed 521 runs in 16 matches at an average of 34.43 and strike rate of 135.68. Thus, Dhawan will aim to replicate the same kind of renditions.

On the other hand, Dhawan has struggled to find his place in the India’s T20I side in the recent past and he would look to prove his mettle in the upcoming season of the IPL.

Dhawan understands the importance of a good start in the first six overs of the powerplay to build the foundation of an inning. The left-hander added it is important to maintain the balance between aggression and caution. Dhawan stated it is imperative not to lose wickets.

Shikhar Dhawan told Hindustan Times: “In IPL, we have to give a fiery start. And then the person who is set takes the game further. I would love to be an impact player, create momentum for my team. For 5-6 overs mostly I am the aggressor for India too; Rohit (Sharma) takes his time and then plays. I am talking about ODIs here.”

Meanwhile, Delhi Capitals had made it to the playoff stages in IPL 2019 after a gap of six years and they would aim to continue their good show going in the forthcoming edition.

The team has a good balance in the squad and they would aim to come up with a collective effort in IPL 2020.

Capitals have openers like Shikhar Dhawan, Prithvi Shaw, Alex Carey and Ajinkya Rahane, who can provide them a good start. They also have the firepower in the middle order as they have batsmen like Shreyas Iyer, Rishabh Pant and Shimron Hetmyer.