Home » Cricket » IPL 2020: It is a blessing that we have three bowlers who can bowl consistently over 140 kmph – Krunal Pandya

IPL 2020: It is a blessing that we have three bowlers who can bowl consistently over 140 kmph – Krunal Pandya 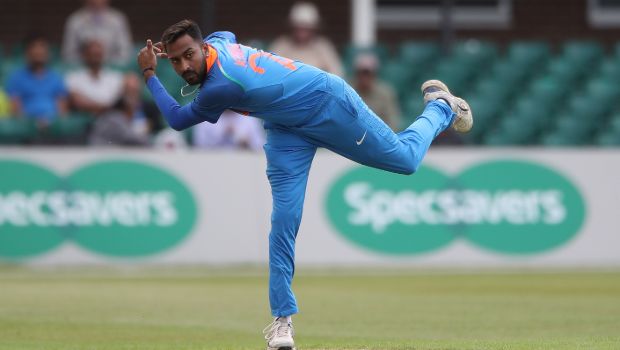 All these three gun pacers have the skills to consistently bowl over 140 kmph and they are known to breathe down the neck of the opposition batsmen.

Bumrah, Boult and Pattinson have been brilliant for MI at both ends of the innings and they have delivered the goods for the team. Bumrah and Boult have scalped 11 wickets each so far in the tournament whereas Pattinson has snared nine wickets in seven matches. Boult was traded from Delhi Capitals whereas Pattinson was called as the replacement for MI pack leader Lasith Malinga.

All of these three pacers have provided early breakthroughs to MI and they have been right on the money in the fag end of the innings.

MI is known to come up with collective performances and it was another such day for the defending champions against DC on Sunday. MI won by five wickets after the bowlers restricted Delhi to a sub par total of 162 runs. Krunal Pandya was the pick of the bowlers as he scalped two wickets whereas Bumrah and Chahar bowled economical spells.

MI all-rounder Krunal Pandya heaped praise on the pace battery of the team and stated it is a blessing that they have three fast bowlers who can consistently clock 140 kmph.

“The fast bowlers were special at the death, we didn’t concede that many runs and in between Chahar also bowled very well. So overall it was a very good team effort.”

Meanwhile, MI climbed to the top of the points table after their fifth win of the season. The Rohit Sharma-led team has always been consistent and it will be a tough task for other teams to go past them.

MI will play their next match against Kolkata Knight Riders at Sheikh Zayed Stadium on 16th October.