Home » Cricket » IPL 2020: It is a Chennai way to stick with the players more than other teams might – Faf du Plessis

IPL 2020: It is a Chennai way to stick with the players more than other teams might – Faf du Plessis 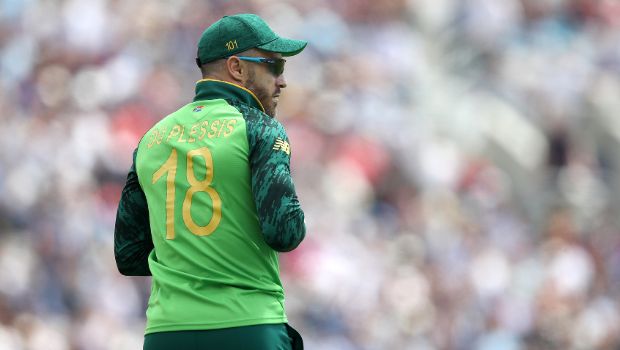 Shane Watson was struggling to find his form but the CSK’s think tank decided to stick with him for the match against KXIP at Dubai International Stadium on Saturday.

Watson four innings before the match against KXIP read as – 4, 33, 14, 1. It wouldn’t be surprising had Watson been dropped but that’s not CSK’s way of doing things. In fact, any other team in the IPL would have surely dropped him from the final XI.

The all-rounder failed to make an impact but as expected he was backed by MS Dhoni, who is known to back his big players.

Dhoni also revealed in the post-match ceremony that Watson was looking in good form in the nets and it was a matter of time before he got a big score for the team.

Watson finally proved his mettle as he scored a blistering knock of 83 runs off just 53 balls with the help of 11 fours and three maximums. The right-hander grew in confidence as he spent more time in the middle and the old Watson was back to dictating his own terms to the opposition.

Faf du Plessis, who continued his good form as he also scored a fine knock of 83 runs, said after the match, “Credit to MS Dhoni and Stephen Fleming for sticking with the side. It is a Chennai way to stick with the players more than other teams might even when others feel like making changes. It comes with experience and credit to the management for sticking with the players. It isn’t as easy as it looks”.

In fact, Watson was struggling with his form in the previous season as well but CSK had decided to back him. The all-rounder came back to form in the all-important final against Mumbai Indians as he scored 80 runs but could not take his team over the line.

MS Dhoni has always shown maturity in his leadership and he is known to back a particular combination. There was no need to hit the panic buttons for CSK and Dhoni is a master in keeping himself in the right state of mind.

CSK will play their next match against KKR at Sheikh Zayed Stadium on 7th October.