Home » Cricket » IPL 2020: It is a great headache to have three power hitters towards the end – Rohit Sharma

IPL 2020: It is a great headache to have three power hitters towards the end – Rohit Sharma 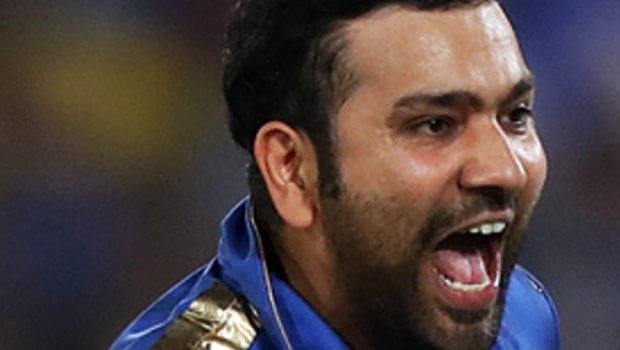 Mumbai Indians captain Rohit Sharma stated that it is a great headache to have three power hitters towards the end of the innings, after his team’s convincing win of 34 runs against Sunrisers Hyderabad at Sharjah Cricket Stadium on Sunday. It looked like Mumbai won’t be able to go past 200 at one stage but Krunal Pandya turned the tide in his team’s favour after bludgeoning 20 runs from four balls.

In fact, 200 is the minimum score so far at Sharjah in the ongoing IPL. Mumbai were able put themselves into commanding position after Hardik Pandya, Kieron Pollard and Krunal Pandya added the finishing touches. Hardik scored 28 from 19 balls whereas Pollard remained unbeaten after scoring 13-ball 25.

The platform was laid out by Quinton de Kock and the finishers had the license to go all guns blazing towards the fag end of the innings.

In fact, Krunal Pandya hadn’t batted much in the tournament however he was able to hit the ground running for MI.

Rohit Sharma said in the post-match ceremony, “It (deciding who should go to bat between Pollard and Pandya brothers) depends on the game, how the match ups are from the opposition, which spinners are bowling and things like that. It’s a great headache to have three power hitters towards the end but being in form is the most important thing. Krunal hasn’t batted much in the tournament but today he proved what a great opportunity it was, 20 runs off four balls and I thought towards the end it was important to get past 200”.

It was another collective effort from the defending champions as Quinton de Kock scored 67 runs. On the other hand, Trent Boult, James Pattinson and Jasprit Bumrah scalped two wickets each to peg SRH on the backfoot. Hyderabad could only manage 174 runs in their 20 overs and thus MI comfortably won by 34 runs.

MI is currently at the top of the points table with three wins out of the five matches they have played. The defending champions will play their next match against Rajasthan Royals at Sheikh Zayed Stadium, Abu Dhabi on 6th October.